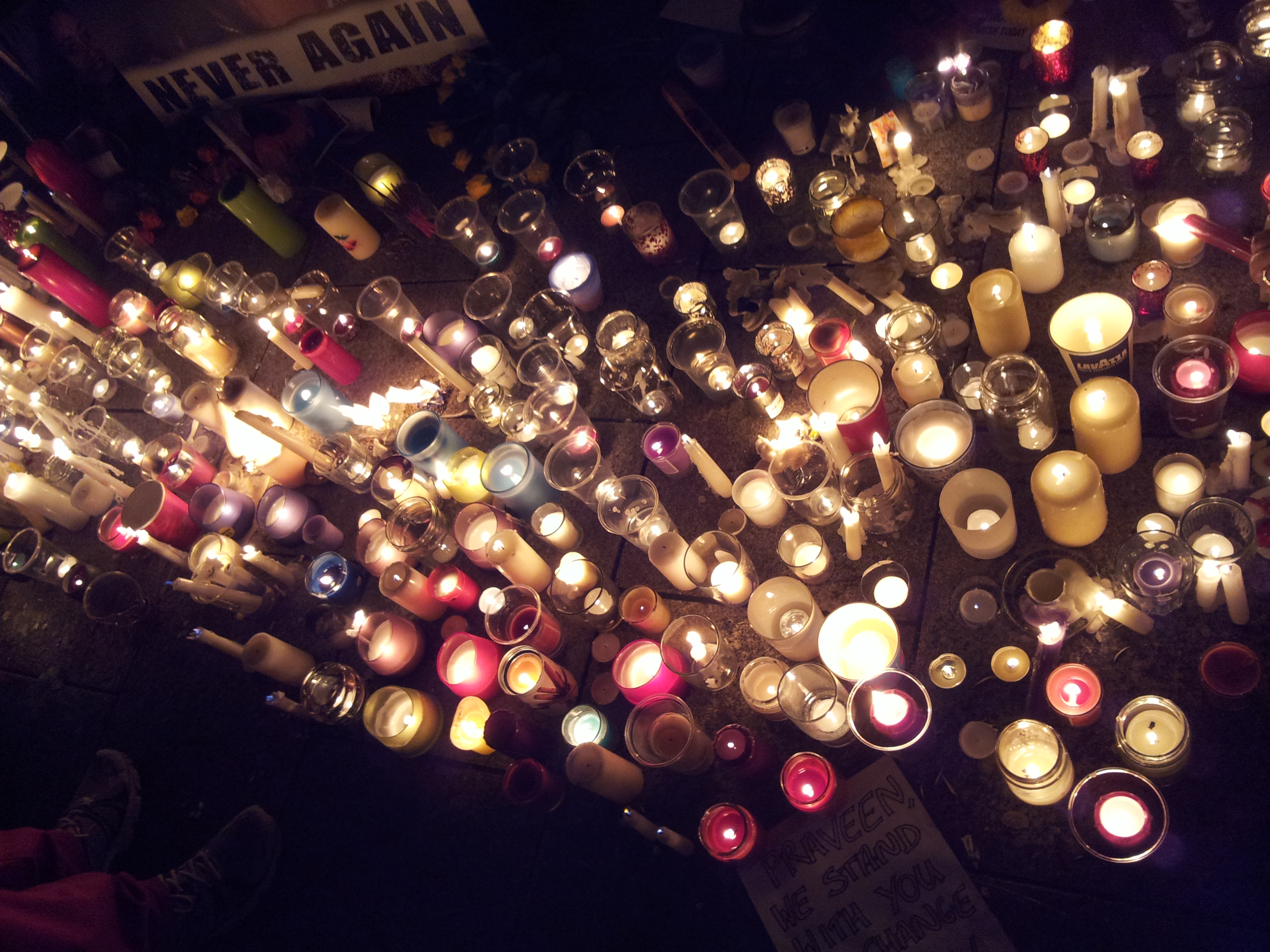 Several people have asked me how our laws can directly contradict our own Supreme Court, which ruled that a pregnancy may be terminated when it threatens the woman’s life. How was this disconnect allowed to continue until somebody died? It’s not easy to explain, but I gave it my best shot.

It’s a constitutional impasse. The Supreme Court cannot force the introduction of a law, nor can it strike down existing legislation. It can only reject as unconstitutional bills referred to it by the President before signing. So the existing law – a blanket criminalization of abortion (for which the penalty is life imprisonment!) – stands, even if it is in conflict with the constitution.

The government has a clear duty to amend the law to reflect the Constitution – indeed, has had that clear duty for 20 years now – but legislature is meant to be the sovereign voice of the people so nothing has the power to force it to legislate, and neither major party wants to handle the political poison chalice of abortion. Even with the Catholic Church in general disrepute, religious observance at an all-time low, and polls showing strong support for abortion in some circumstances, framing the legislation would still spark huge ideological conflict in the conservative grassroots of both. And it takes a lot to shift the idea that abortion = killing BABIES, especially with religious right organizations able to wallpaper the country with pictures of cute foetuses at will. (They’re not short of funds, they have strong links with the religious right in the US.)

In 2010 however three women brought a case to the European Court Of Human Rights, which basically told the government that pretending a major women’s rights issue would just sort of somehow go away was not acceptable. And so it did what governments do – commissioned an inquiry to elect a commission to create a report, so weakening their identification with the eventual legislation, and of course delaying the fateful day a little longer.

A little too long for Savita Halappanavar.

The bitter irony for the religious right is that it’s the “Pro-life” amendment they campaigned for back in 1983, in the hope of keeping out a (then) rising tide of liberalism, that makes the antediluvian abortion law unconstitutional – because it describes an equal right to life for the woman¹. They didn’t want any woman’s right to be mentioned of course. They would probably have been happy with the innocent foetus having a prior right to existence over a necessarily sinful adult woman. Relatively sane legislators at least managed to insert this in the process of framing a constitutional amendment bill. But in a horrific case in 1992, the Supreme Court ruled that the suicidal feelings of a pregnant child rape victim constituted a threat to her life, so making that grounds for an abortion.

The religious right saw this as a potential – even deliberate – opening for abortion on demand. Now all a woman would need to do is say she felt a bit low and she’d get an abortion. So they actually campaigned to amend their amendment to explicitly discount suicide as a danger to the woman’s life.

Naturally the populace rejected this. We’ve heard about the judgement of Solomon.

And you know what makes this all surreal and ridiculous? There is abortion available on demand in Ireland, and has been for decades. Not within Ireland, no. But a twenty minute plane ride away. You can go to Britain² or many other parts of the EU. I don’t claim this doesn’t put significant obstacles in the way, especially of poorer women, but thousands obtain terminations every year. Our bizarrely dated, draconian law prevents hardly any abortions at all.

Not that the religious right hasn’t tried to change this as well. When it was established that a woman in certain circumstances – i.e, she might die – was legally entitled to the abortion she couldn’t legally have here, they campaigned to prevent woman travelling abroad to have abortions, or obtaining information about abortion services in other countries. In a way it’s a shame they didn’t get their way. If women were being given ultrasound scans in the airports, if we had Internet filters to block sites that mention abortion, if adverts were cut out of papers and magazines, then their illiberal ideological madness would have been seen for what it was. We’d probably have abortion on demand here now. The ideological posturing survives because in reality it makes little difference.

Unless of course you are too sick to travel.

Sorry for that excursion through the history of nasty. We now reach the current situation, where things have been finessed with “guidelines” for medical practice – essentially, a life-saving medical procedure that inadvertently kills a foetus is not an abortion. Which seems all quite humane – until you have a situation like Savita Halappanavar’s, where terminating her pregnancy was not an operation necessary to save her life but merely one that would have reduced a hard-to-quantify risk to her life. Now I think a sane person would say that if the foetus cannot survive then there is zero conceptual, never mind moral, reason not to abort. Unfortunately the law as it stands was not created by any sane process.

But as luck would have it, the report I mentioned has just been completed and is about to be published – right into this storm of moral outrage. I am cautiously confident that things will change now.

²Or “the mother” as the amendment calls her, in some quite extraordinarily loaded language.
²Britain rather than the UK advisedly, as in a weird cross-border mirroring, abortion is also illegal in Northern Ireland. Presbyterians seem no more hot on women’s rights than Catholics.