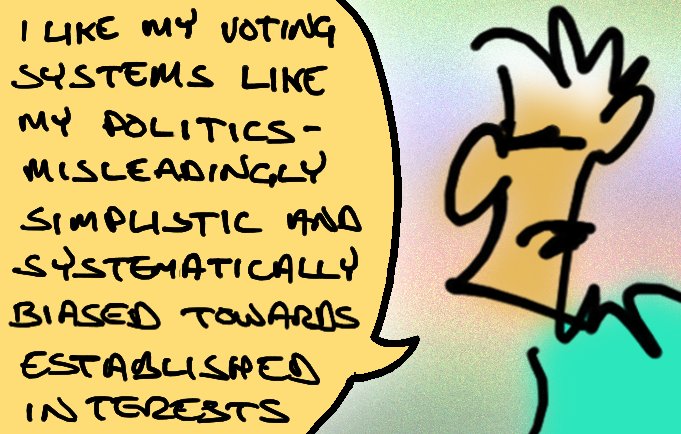 OK United Kingdomites. You face a choice, and there is only one right answer. Your electoral system is a heap of horseshit. You can stick with being very poorly represented, or you can introduce a system which is better. Not a lot better, but better.

Look at what just happened to Canada. An unpopular Conservative government fell and the vote swung to the left – but the Conservatives got back in! The opposition was split between a centre and a left party, and though the left made huge gains, the centre one remained big enough to split the vote. That is your system, that’s what it does. It delivered a government that 3 in 5 Canadians despise.