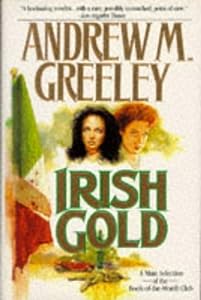 They tell us we have to vote Yes to access ESM (European Stability Mechanism) funding, in case we ever find ourselves unable to meet current expenditure. But will it really be our only option? It had better not be – the ESM may never come into being after all. Would it be the best? Only in the sense that it might be cheapest. As I argued yesterday, in every other way it is probably the worst option conceivable, less a loan mechanism than a sort of national receivership. I do not believe we can meet its terms.

So what are the other, officially-denied options? You could categorise them in different ways, but I basically see five. I put them here in not my preferred order, but in what I think is roughly the order of likelihood that they’ll be resorted to (though likeliest of all I think is two or more in combination):

1) The EFSF (European Financial Stability Facility). This is the fund we’re currently availing of for the EU/IMF bailout, and though the ESM with its stricter and (it is hoped) more sustainable rules is meant to replace it, the EFSF will continue to exist for more than another year. Hopefully in that time it will become clear whether we need to borrow more.

2) The IMF (International Monetary Fund). The IMF may have a reputation for setting tough conditions on loans, but unlike the ESM it has no entrenched ideological opposition to countries investing in growth. Some argue that they would refuse to loan to countries that the EU had refused, but the organisation itself has not pronounced either way. And as a partner in our current bailout, the IMF has invested in us already. It is not known for letting its investments go bankrupt.

3) Leaving the Euro. Get out in some semi-ordered way, before we’re forced out precipitously like Greece could be any day now. Devaluing our currency rapidly would solve a lot of our problems, but it would not be painless; imports would leap up in price, effectively making us all poorer immediately. But it would be a huge boost for industry and jobs, sparking immediate actual growth. Indeed, much as I am in favour of the single currency in (broad) principle, it is virtually undeniable that we’d be better off now if we’d never joined. Its inertia has only served to exacerbate both boom and bust.

4) Debt Repudiation/Restructuring. The nuclear option to some, the obvious first step to others. In part this is because we have two main sources of debt, so morally different that they need to be taken separately:

(a) Bailout Debt. However pressured we may have been when we agreed to this, there is a strong moral imperative to, you know, do what we said we’d do. But that is not the highest of all values. Debt repayment does not trump such imperatives as, say, not letting people starve. You can always repay a debt later, but people die for good. No one claims it wouldn’t be a drastic step. It is bound to have negative consequences on other countries, and after we did it we’d be pretty much on our own. But remember the adage – if you owe the bank a million, they have a problem. We shouldn’t be afraid to contemplate default if it can win us better terms.

Most likely of course 3 and 4 would need to be done together, as debts denominated in Euros would be so much more painful if we’re paying in Irish Fairy Gold or whatever. (If we’re getting a new currency we may as well have some fun with it). And by the same token, if we aren’t repaying our debts I think the Eurozone would prefer if we got the hell out.

5) Taxing the rich. This is last on a list in order of likelihood because of course the rich have considerable influence over these decisions, though in a sensible democracy it would be first. It has been pointed out that with only a moderate tax on capital and/or a new upper tax bracket we could pay off our debts without making cuts at all. That may be unrealistic, but could very significant new revenue be raised without causing capital flight or discouraging investment? I think it could. There is money to be made here, all we’d be doing is raising the price of making it. I think the market can bear that.

And let’s not forget that the richest have been consistently increasing their share of the wealth, while simultaneously reducing their tax contribution, since the 1980s. If they don’t start paying their share again now when will they start?

Well OK, the obvious next question is if all these alternatives exist, why does the government prefer the one that will wreak such havoc?

The answer has to be that they don’t really believe what they are asking us to sign. The draconian terms of the agreement are there to convince the money markets that they won’t profit by breaking up the Euro. In the real world exceptions will be made, just as they were made for Germany when they were in trouble. Right? Perhaps we can fudge what is and isn’t structural deficit; no one seems to know quite what that means so it’s a useful bit of ambiguity. Surely, when it comes down to it, we cannot be held to borrowing limits and repayment rates that would wreck our economy?

Perhaps they sincerely believe that, perhaps it’s even true. But to sign your name to a contract on the basis that you hope it will never be enforced is, to put it mildly, unwise.

8 replies on “So Where Do We Get The Money?”

Would it not be best for Ireland to share the currency of Northern Ireland, Scotland, Wales and England, i.e, the pound / punt? Ireland’s economy is so tied up to that of its near neighbours that the euro is an aberration.

That would be a hugely retrograde step. The old Irish pound was pegged to the UK pound from independence until the mid-70s – not exactly an era of sparkling economic performance. A currency union tended to steer business towards or through the UK, exacerbating an already disadvantageous geography.

So the general thrust of policy for decades has been to untie the economy from our nearest neighbours! Mainly, by finding new trading partners. (And whatever about its downsides, the Euro has definitely been a help in this.) Decades of separate development have made the UK’s importance as a trading partner far smaller in relative terms.

You will see shops in Ireland full of UK brands (and indeed, high streets full of UK chains); we certainly do still import a huge amount of retail goods from there. But that may give a misleading impression. From getting virtually 100% of our imports from the UK at independence, we now take less than a third. In exports, the US has long overtaken the UK as our chief market.

We may have troubles right now, but there’s really no going back.

You mention several times that under the ESM you wouldn’t be able to “invest in growth”. I don’t really understand what you mean by this. What is the precise ESM policy that prevents this? I thought it was mainly a severe constraint on the budget, with very strict rules about the size of deficit spending. (Just like the IMF would).

Aside that, you provide a very clear analysis of all the options. It’s sadly clear that all the options, including your preferred one, have major downsides. There’s no silver bullet for the economic problems of Ireland. Or Europe, for that matter.

Especially, because it’s not just conjuncture and aftermath of the mega-losses in the housing and financial markets. A big problem is that while all this is going on, all European countries are concurrently facing the huge (huge!) increases required to simply keep up expenditures in healthcare and retirement funding.

That’s where the biggest pain of ‘austerity’ is felt, but I always find it a tough topic. On the one hand, it’s easy to depict those cutting in the healthcare and retirement budgets as “robbing the sick and elderly”. On the other, it’s a reality that these (often overlapping) groups are experiencing skyrocketing costs.

If any of the “nuclear” options, such as leaving the Euro are chosen, these people will _still_ be among the hardest hit. Also, is it fair to ask younger generations to display solidarity for the elderly, but not ask it all of the elderly?

An intriguing bunch of questions! I will devote today’s post to answering them.

I found a disturbing little nugget in the fourth paragraph of Paul Gillespie’s opinion piece in the Irish Times on Saturday http://www.irishtimes.com/newspaper/opinion/2012/0519/1224316355154.html – In effect, if we vote NO to the treaty,not only will we not be able to draw down funds from the ESM but we will still be obliged to contribute to its initial capital. I think Vincent Browne may have alluded to this double-bind on his show a couple of times but I’m only just realising the implications of it.

I’m assuming that this was agreed before the AG dropped the bombshell of the requirement for a referendum and that the government had assumed they could push the treaty through the Oireachtas unchallenged. Whatever the reasons it puts us in an invidious position with regard to the ESM in the event of a NO vote.

Thanks for the point. I’ll also discuss it in today’s post.

[…] leave aside the pros and cons of the ESM if we can. Even if we never need it – and I don’t think we will – we should join it anyway; to support other vulnerable Euro members and discourage market […]