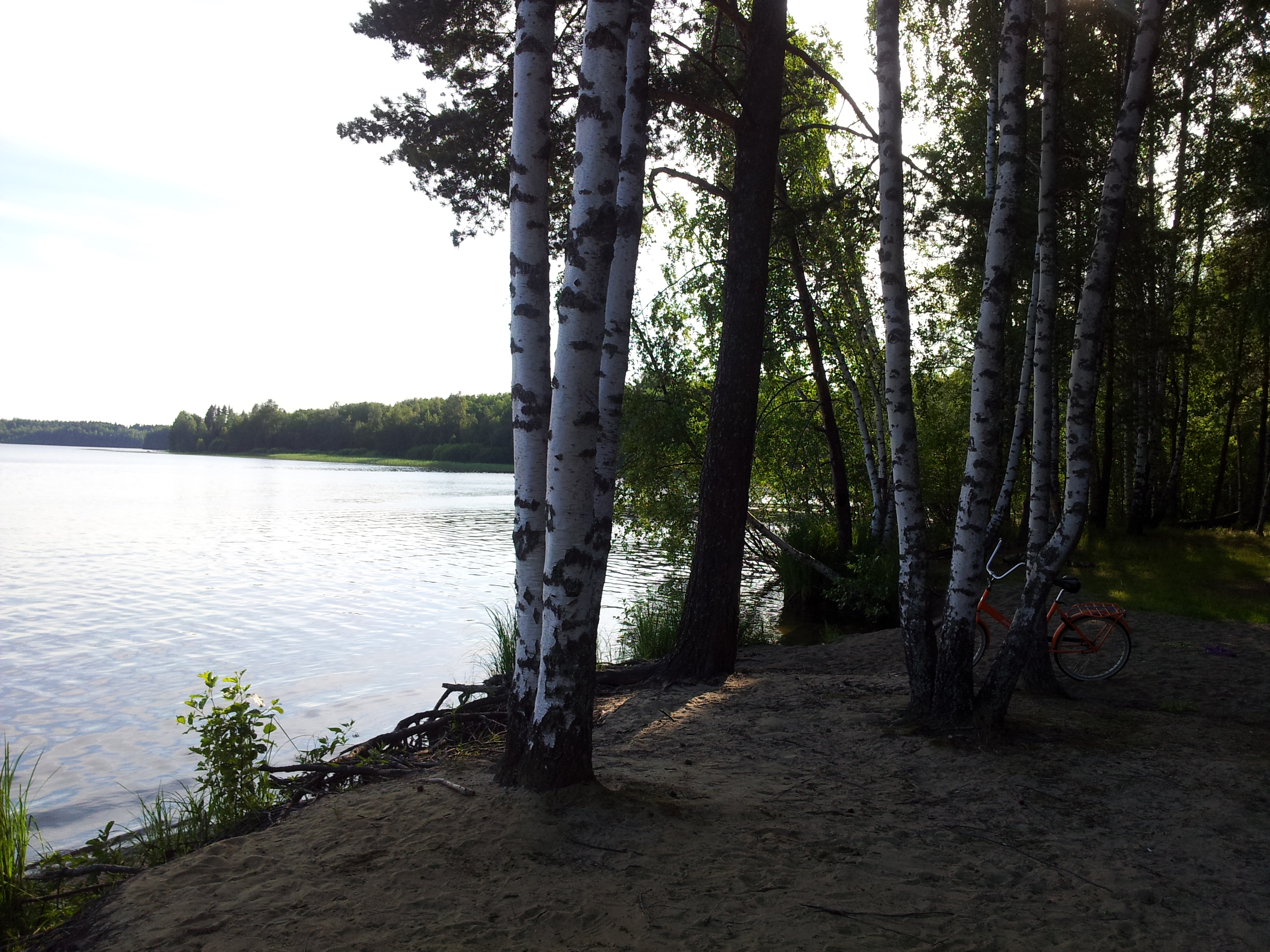 Do you ever wake up suddenly in the middle of the night with a strange idea you just have to write down?

Well no, I don’t much either. But last night it happened. In the morning I found this:

I believe in God, and God believes In me.
It’s a Folie à Dieu

Where do thoughts like that come from? I have no idea. Theologically though it seems pretty solid. We invented God, but God invented us. So everything works out OK.

Anyway, we mixed it up a bit yesterday and actually didn’t go swimming in the sea. We tried one of Finland’s many billions of lakes instead. Beautiful; all surrounded by silver birch forest. In the cool of the evening, with families playing and little fish swimming around our ankles. The biggest difference from the sea was afterwards; last night was the first since coming here that I didn’t have a shower before bed. I could not have felt more thoroughly washed than I did after that lake. Good news for anyone envying me though – it was finally too wet to go swimming today. l had to make do with a sauna.

For some unknown reason, this doesn’t kill you. Apparently it even does you good – I certainly feel good. I’m unclear about how it’s supposed to work, but my guess would be that the general principle is to kill every single living thing in the vicinity of you, that isn’t you. Bacteria, fungal spores, small mammals, anything that might try to infest you during the long winter months.

The heat must of course also be a great comfort on those long, frozen-solid nights. Doing it in the summer almost feels like cheating.

One reply on “Strange Thoughts In The Night”