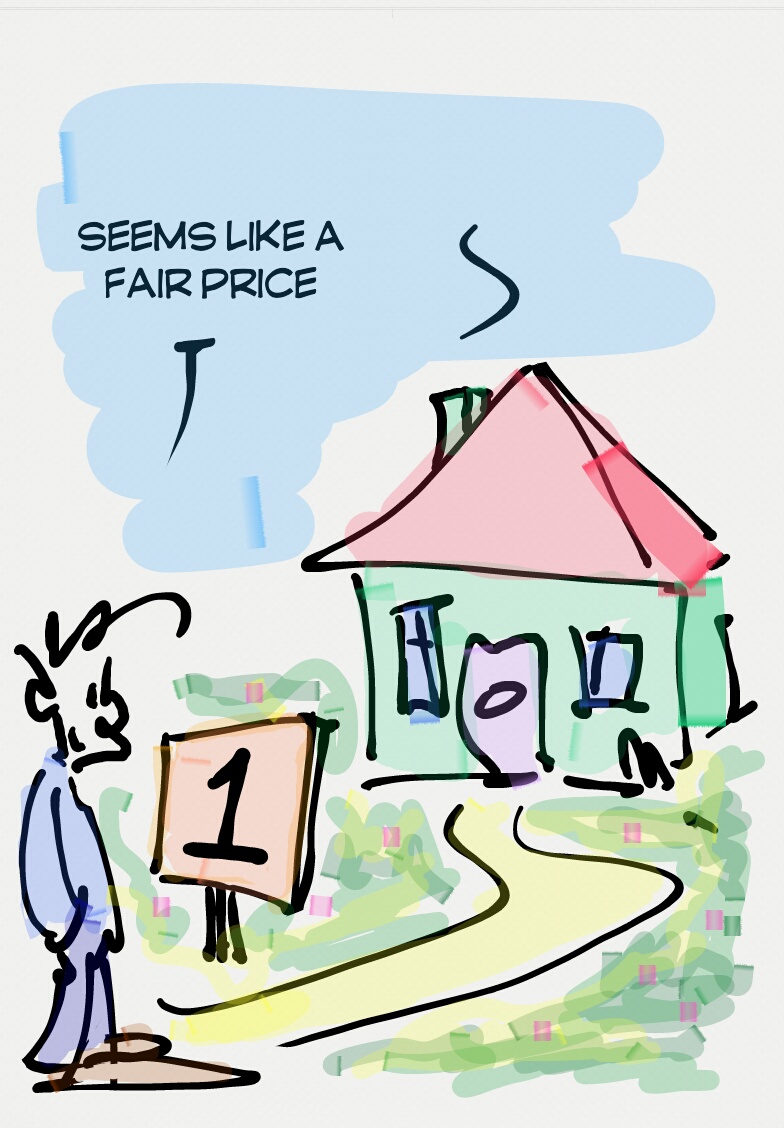 Estate agents insist that property prices in Dublin have stabilised. I remember the first time they said that, back in 2007. And they’ve stabilized regularly ever since.

But you can’t exactly disagree. In a way, house prices are always stable. A house is always worth… about a house. A person can eat a lot or a little food, own a hundred cars or none, but houses tend to stabilise somewhere around the level of one per every two adults. Because try as you might, you can’t live in much more than one house at a time. Logically then, housing ought to be one of the most stable commodities on the market. It’s actually the rest of the economy that has been vigorously swung around this anchor point. During the housing boom, wages may have gone up on paper, but in house-buying terms they plunged through the floor.

Which gives me an idea… We need a new currency, right? The euro, well, it’s lovely and all. I like the colours, and the handy map on the back. But the thing is, we just can’t really afford it. Using the euro is like having a currency on the gold standard when the world is desperately short of gold. You can’t have a functional economy when the standard unit of exchange is hen’s teeth.

And what do we have plenty of? Why, houses! Too many houses, not enough euro banknotes. Think about it.

Of course you can’t put houses in your wallet or bring them to the shops. There will still have to be tokens. But the base currency unit should be fixed to the value of the standard house – say the sort of small two-bedroom starter home that was produced like popcorn during the boom. Notes should be denominated in fractions of a house. That way, the price of a home can never run away from you. Save up 1,000 of the new thousandth-of-a-house notes, and you can exchange them for one standard house at your nearest branch of NAMA.

It won’t stop people charging more than the standard house price of course, for bigger residences in better locations. But the existence of a perfectly adequate house at a fixed price – well, a price that money is fixed to – should act as a powerful stabilising influence. You’ll be able to look at a property ad and say “Well it’s a good house. But is it really worth two houses?”

This is very close to the original idea of taking currency away from the gold standard: Instead of basing the value of money off of specie, base it off of the land in the country the currency is used in. 15 trillion bank notes out there? Everybody with a bank note owns .000000000000067% of the country!

Doesn’t seem to be a way to redeem that as neatly as in your system though.