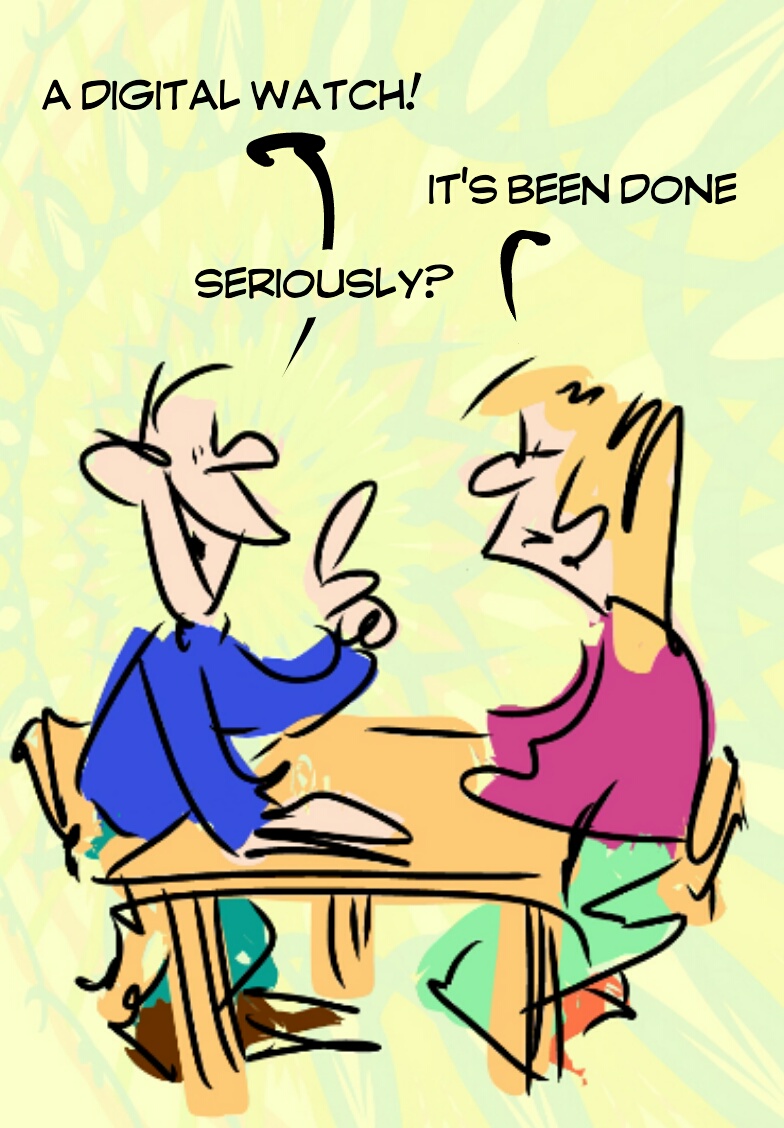 So I’m staring at this, trying to figure out what they mean. What is a digital medium anyway. Someone who signs seances?

OK, seriously. Seriouslish. A medium is any means of communication more complicated than direct conversation. A telegraph, a town crier, a tombstone, a talking drum, a cardboard tube if sufficiently long. If you’re speaking through it, it’s a medium, and so the vast majority of human communication is via some medium or another.

What is digital? People use the word to mean “Things on the Internet and… stuff”, but it’s really anything that can be encoded as numbers. An analogue recording is a model of one physical thing (say a sound) made in another physical thing (say a groove), and so a copy of an analogue recording is a model of a model. Digital recording models the physical thing purely as an abstract number, which is why it can be copied forever without any loss of detail. That’s a huge boost in efficiency, so not only is most music and television digital now, but digital technologies also play vital roles in apparently analogue media like newspapers and radio. Really, a better question is what isn’t digital media now.

Which gives me my idea. What, indeed, has yet to be made digital? I should make some outrageous proposal to digitise a thing that everybody thinks of as quintessentially analogue. A digital… cloud? No that’s already a thing. A digital aeroplane! What could be less like a string of numbers than a solid object flying through the air?

Except, even planes are digital already. The joystick connects to a computer now, not to the wings and tail. It’s like they’re playing a flight simulation game and the game is flying the plane. But they’re in the plane, so they’re in the game… All a little head-wrecking when you think about it.

So I turn my attention to that third word. What constitutes a “project”? Any plan of action, really. That being the case I have a number of digital media projects lined up – first thing tomorrow morning in fact. Turning off the digital alarm on my phone and checking my digital email. Getting up and turning on the digital TV. Seen this way, pretty much my whole life is a digital media project.

Ladies and gentlemen of the admissions committee, I submit: Myself.

2 replies on “The Medium Is The Extra Large”

Haha. Brilliant. But I’d simply suggest your blog. I mean, how much more digital media do you want to get? Heck, it’s words and pictures, so it’s MULTI-media.

A-hem. I have a modest theory.

So weigh your options carefully. You are revealing your id (which for now is still pronounced eed, not eye-dee).