Once again, my apologies for being a lousy correspondent. At some point or points I will switch tracks and be able to write to you engagingly about the new world I’m exploring here. But as of now my brain is overloaded. I’ve written my first computer programs, built a database by hand, interviewed people, held project meetings. It’s been a month and a half. I feel like my thumb has been jammed down on the fast forward button. I’d like to tell you about all that I’ve learned, but it seems less like learning and more like being swept out to sea on a tide of knowledge. I don’t think I have the authority to explain any of it yet.

This is a polite way of saying that I have no idea what I’m doing.

So meanwhile, some more pictures from my wonderful visit to Skycon at the University of Limerick. UL is a young university and so has one of the most modern and impressive campuses in the country, though it can’t compete with what we have in NUI Galway of course.

OK… What the freaking freak is that? The department of bizarre architecture? We don’t have one of those. 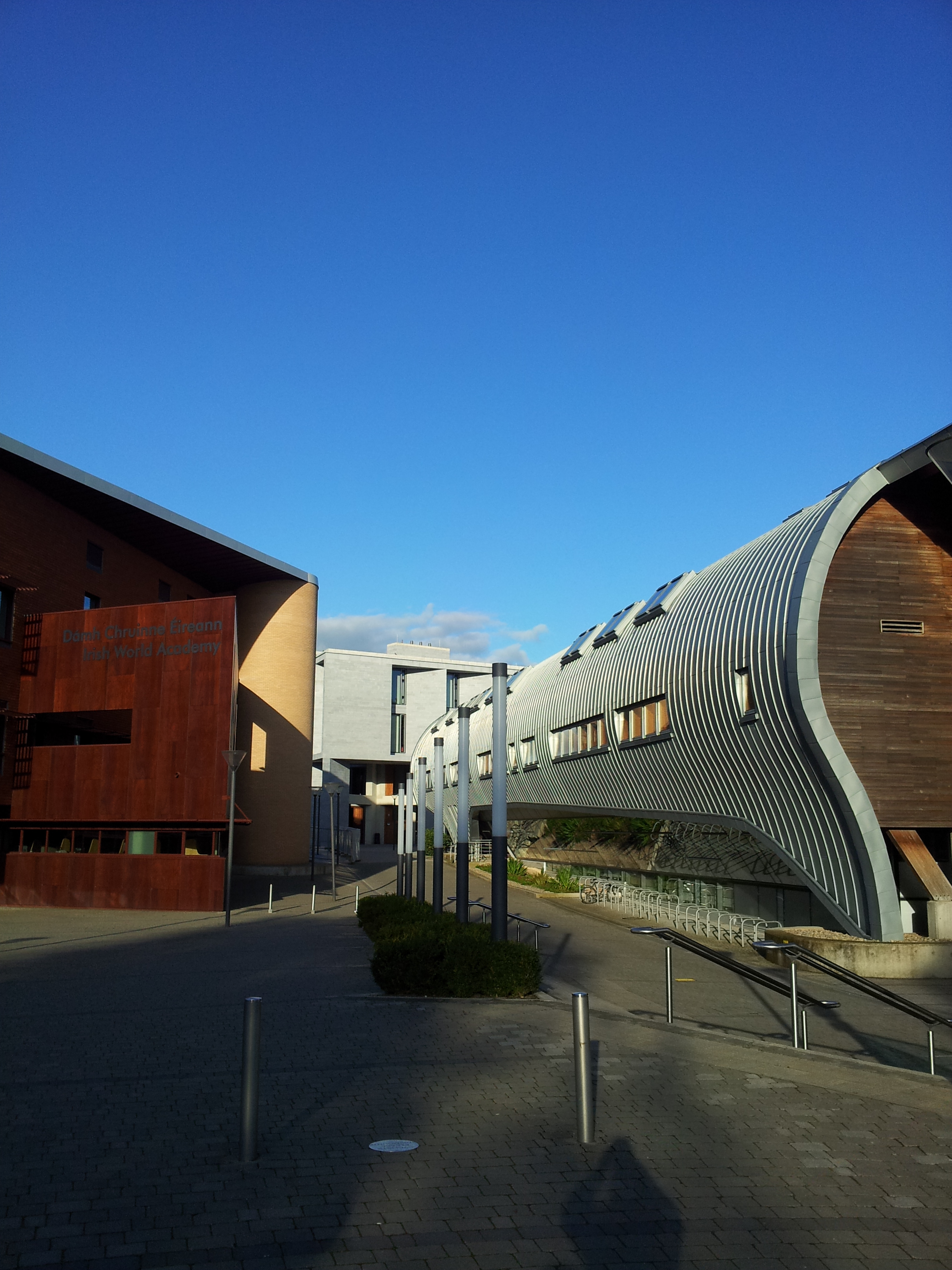 And I bet these buildings hardly look impressive at all when the sun isn’t shining.

Another shot of that “Living Bridge” over the mighty Shannon. Our campus has a bridge too though. Actually, our campus is crossed by a bridge.

A bit of nature for ye now. It was a lovely day for invisible spiders. 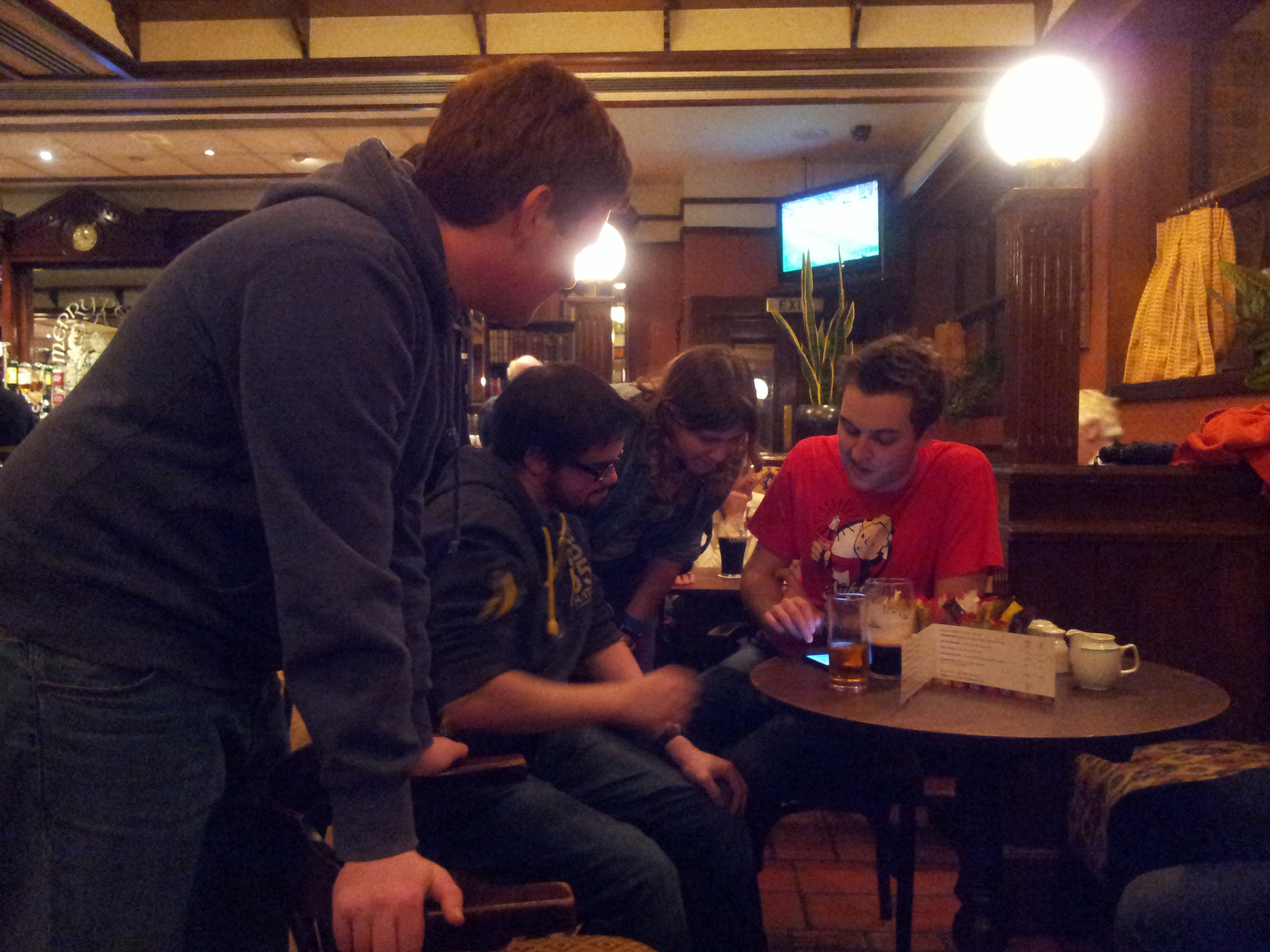 Back in the hotel after, with the gang from NUI Galway’s Computer Society. (The decent hotel where Randall Munroe was put up. We stayed in a Travelodge, a sort of footlocker for people.) What is everyone looking at with such interest – a video perhaps? Cartoons? No. Server logs. They’re using phones to view what’s happening on the club computers.