Deadlines were passed and I could at last return to the furniture restoration. Working in the sun, I was making fine progress with a new fancy flappy sanding attachment. And then my drill decided to start stopping.

Bugger. Checked the cable, it didn’t seem to be that. This job might be non-urgent but I can’t really afford to be without a drill – or, to replace it right now. Nothing to do but strip the thing. It seemed to stop working when held at certain angles so I worried that the bearings were worn, allowing the moving parts to slide around excessively and foul – that is, hit something they ain’t meant to hit. My drill is old. 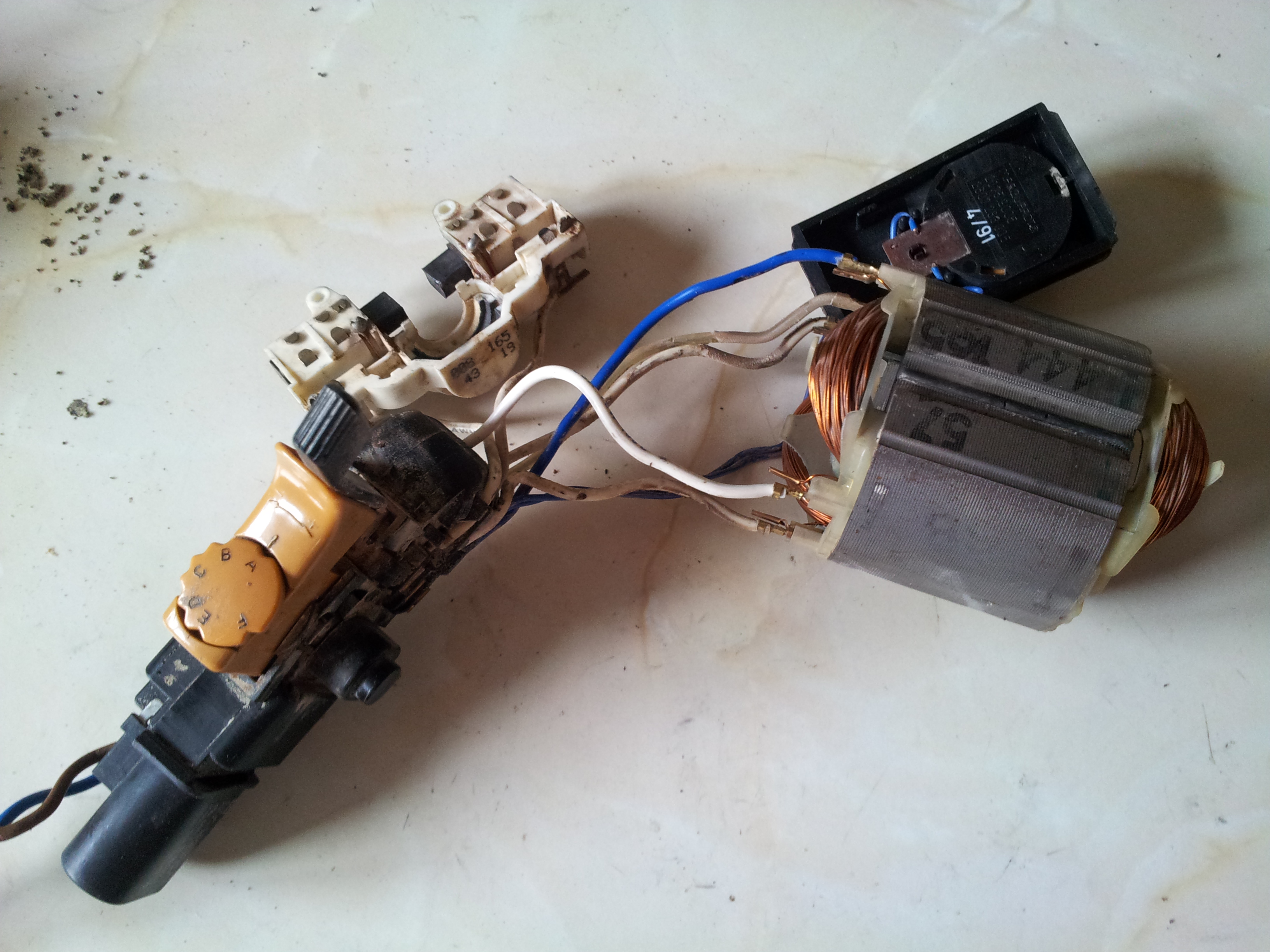 Fortunately though it’s a Bosch, nicely robust and built with a view to maintenance. Eight screws and it’s open. Here be the innards; the yellow bit on the left is the trigger and speed control, the white bit holds the carbon brushes that transmit current to the moving core of the motor, the black part is the torque control, and the big grey lump on the right is the outer, non-moving coil of the motor.

And here’s the core of the motor and the gearing, placed back into the casing without the parts that should surround it so that I could check that it moved smoothly and looked right. It did. The mystery deepens; nothing appears to be wrong with this drill. 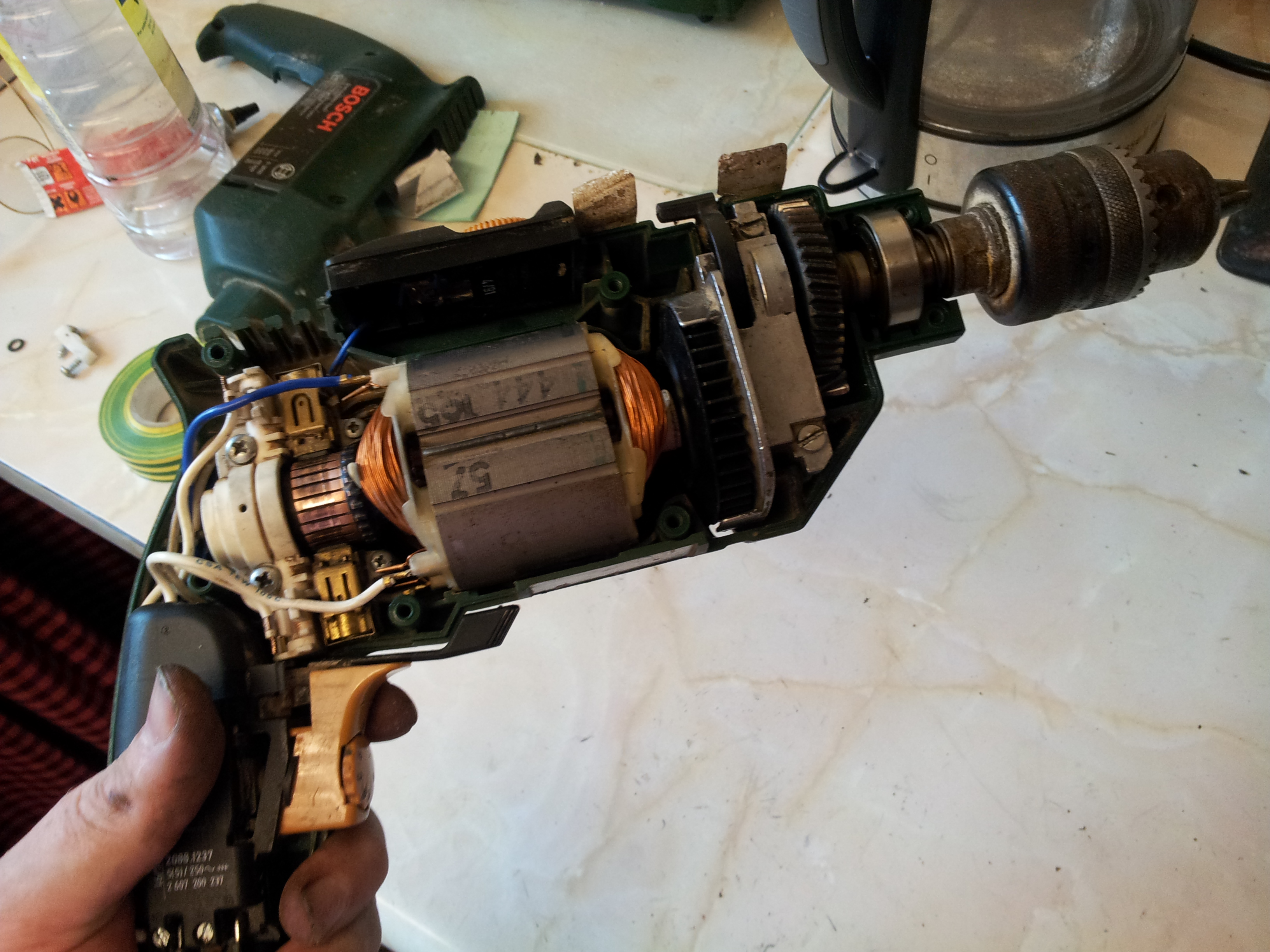 Here it is all cleaned and reassembled. As you can see in the video up top, it runs. But only sometimes… This was infuriating now. Hours of re-checking and tweaking later, I finally realised.

It was the cable all along. Though I’d looked to that first as the most obvious thing, I hadn’t checked it thoroughly enough. The fault was intermittent – a  break in a wire somewhere near where it entered the handle. Which of course caused it to stop only when held at certain angles… And it shouldn’t have been a surprise; the rubber boot thinger meant to prevent too much flexing at precisely that point had worn out years ago. I cut a few centimetres off the cable, rewired it, and remade the rubber boot thinger.

It now runs perfectly. So, good to do some maintenance on an essential tool of course. But basically I lost most of an afternoon and the whole evening because I’d leapt right in instead of being slow and methodical. I’d like to say that life taught me a lesson here, but to be honest life keeps trying to teach me that one.

Ain’t it spacey though?