CRISIS. Galway September 1995. Supply of one of city’s vital resources virtually exhausted. Situation in danger of spiralling irrevocably out of control if action not taken immediately. (Note to Bureau Chief: Where the hell’s my plane ticket?) 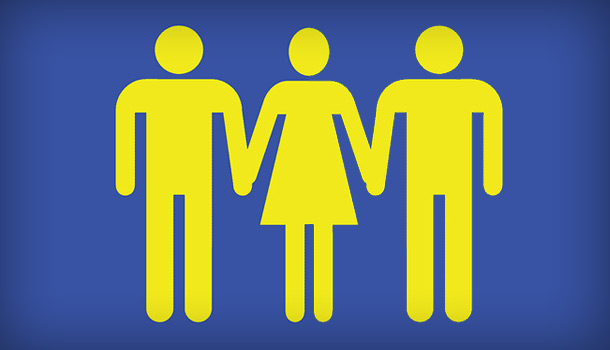 I refer of course to the shortage of rented accommodation. An annual problem, yes, but every year the system is pushed closer to collapse. One leviathan queue has its tail at the station, its head in Church Lane and a tentacle grasping every available public telephone. With the ever-growing popularity of UCG the unthinkable finally appears to be happening: there may be more college places than beds available. Hundreds of students could be left to roam the streets, with all-too-foreseeable consequences.

SEX IS THE ANSWER

Only one solution: people are just going to have to sleep together more. It saves so much space. Of course many people now searching desperately for a room of their own would much prefer to be sharing one, but by themselves they could take forever. This is a crisis, and something must be done to accelerate the process.

Therefore UCG ought immediately to run social gatherings purely for the purpose of getting people off with each other. Where are they going to stay while these gatherings are in progress? No problem, the party can simply go on all night – and all day and all night for about a week. If after that you haven’t managed to get heavily involved with somebody, you’re not trying.

And those sad souls who are too serious about study for a social life? Well they give extra points for doing the Leaving through Irish, so there could be bonuses for a degree done through a haze of sexual delirium. Yes it is the college’s responsibility. Getting it together is one of the main reasons people go; UCG takes advantage of this without doing a thing in return. And isn’t it a vital part of the education and development of the individual? Let’s face it, most people are crap at relationships. Quite simply the modern person is just too damned lazy to put in the kind of intensive practice that such an undertaking deserves. They really think they can just wander in and get it right first time. No wonder they end up wanting divorce.

And divorce is not the answer; it just doesn’t make sense. The law cannot stop marriages disintegrating anyway, all it can do is insist that people tidy up before they leave – and with judicial separation we’ve got that already. The only practical difference divorce makes is that it allows separated people to legally marry again. And why would they want to?

Why does anyone? Security. Life is uncertain, so we try to build our futures on the most unshakeable foundations that all the powers of state and church can provide. We can’t trust love and we can’t trust each other; for real peace of mind, we need the backing of sanctions. And people who have seen life go horribly wrong once are no less eager – are perhaps particularly determined – to make the unbreakable contract that marriage entails.

Or would entail, if there wasn’t divorce… Catch 22. The only point of divorce is to enable you to remarry, the only point of marriage is that it’s irrevocable. There is simply no way to square this circle.

WHAT WAS THE QUESTION AGAIN?

Yes; keep indissoluble commitment – just let people make more than one. Why not? I can understand you having a certain resistance to the idea; probably the first thing the word brings to mind is Saudi princes who get a new wife when they don’t have quite enough spare cash for another racehorse. But I’m talking here about polygamy with sexual equality. That’s never been tried before, but I’ve thought it through and it would work. It would change society out of all recognition, but it would work. I’ll explain in greater detail next week – but feel free to start campaigning in the meantime.

No to divorce. Marry early and marry often.