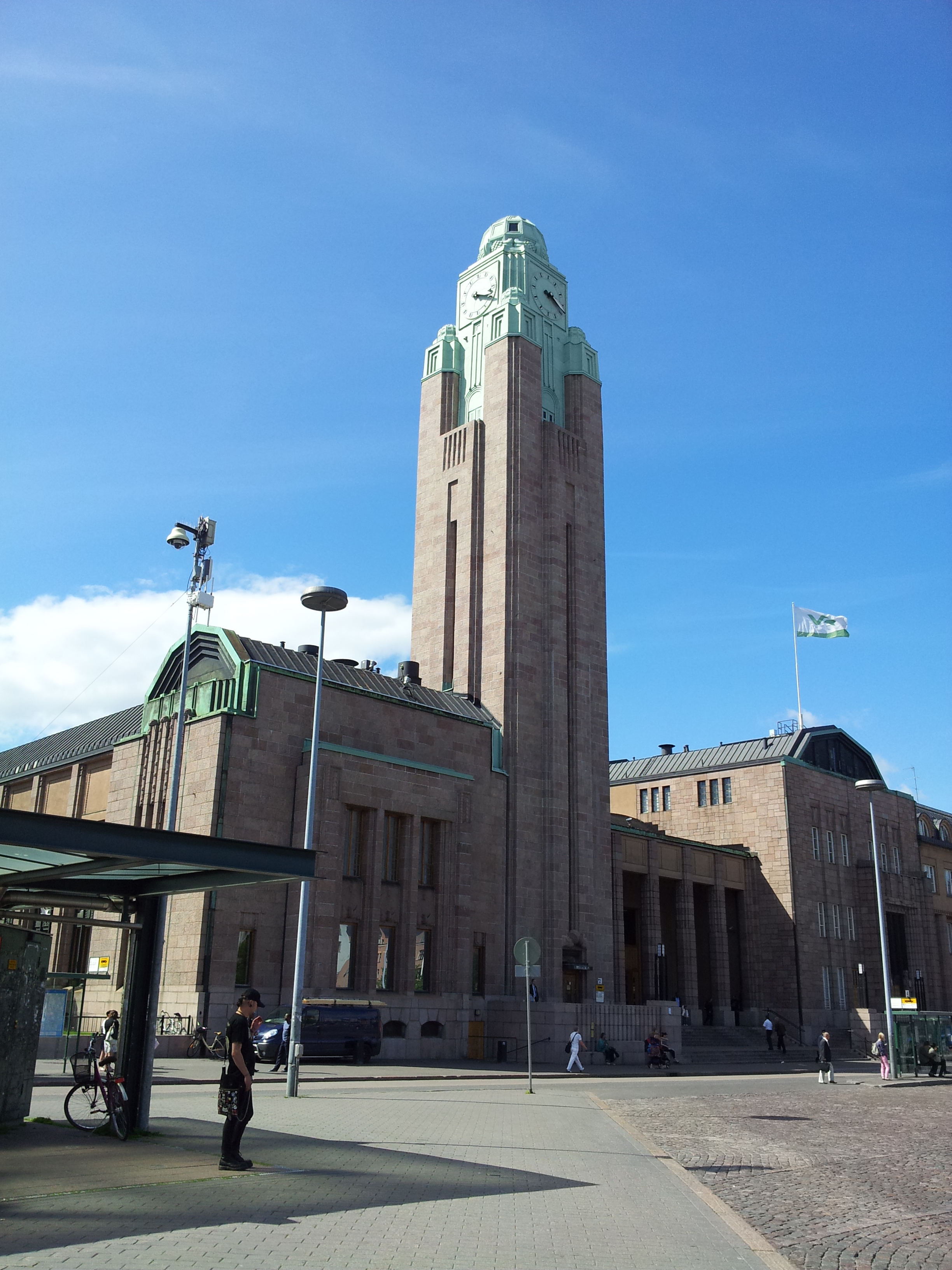 Of course I couldn’t sleep on the bus in the end. But I had time to stretch in Dublin airport, drink a coffee to keep me awake until boarding and get my devices recharged. (The new terminal seems at first to be a building somehow designed without power points, but they do have them in the cafe upstairs in departures.)

I suppose I got about an hour’s sleep on the flight. Slightly befuddled then, I managed to get lost inside Helsinki airport. I think due to a shortage of gates they let us out into the departures lounge; I should have realised this when the woman serving me coffee wished me a good flight. There was a lack of signage to the exit – people usually depart Departures in planes of course. I ended up in the international transfers sector, which had a door that only opens to you from the outside, presumably an anti-immigrant feature. I was trapped! The only logical escape was to take the next plane leaving the EU.

Fortunately, I wasn’t quiet tired enough to be that logical. I waited. Some Chinese people entered, I snuck through and was free.

Not a lot to report after that. I met my friend, we played on the beach with her six-year-old daughter and her daughter’s friend. We came home and I managed to stay politely awake through dinner, collapsing into bed around ten in the evening even though the sun was still shining.

It was still shining when I awoke. Well OK, I presume I missed a brief episode of darkness. Helsinki is not above the Arctic Circle. But it was now even hotter. We went to another beach, warmer and more sheltered, where Finnish families from the neighbourhood go to build sandcastles and paddle. This may be a colder country on average, but they have real seasons here. The summer they’re complaining about is a hell of a lot better than the one we’re complaining about.

I went swimming! In the Baltic. The water is lovely. Being almost enclosed it’s a lot less salty than the ocean, so it was more like swimming in a lake. Except it was salty enough to allow me to float with no effort at all. Best of both worlds really.

And I arrived back to find that the world had changed. Though this was America’s day officially (Greetings to the Home Of The Brave, from the Land Of The Tree) it was all going on in Europe. The EU Parliament has thankfully rejected ACTA, yet another attempt by Big Entertainment to curtail the Internet. They wanted us to choose between freedom and their profitability. We did.

But then at CERN they found the first solid evidence to confirm the existence of the Higgs boson. It’s important? Well, it proves that the scientific theory we call the “Standard Model” doesn’t have a huge flaw, that humans do have some idea of how it all works. It’s a major step towards a complete understanding of how the universe works, and how it began.

Freedom, wisdom, and floating in a warm sea. Some days are OK.