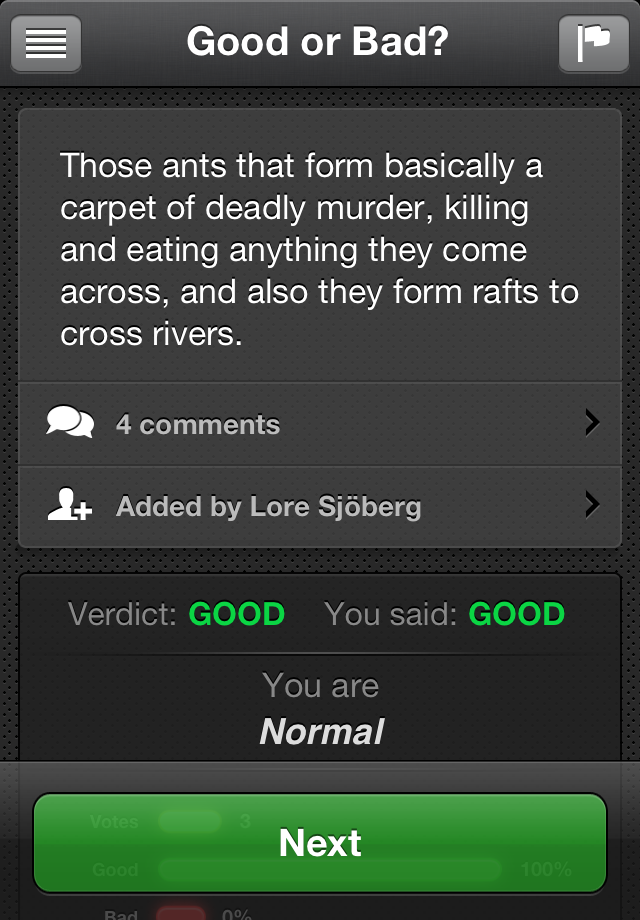 Back in the day – which, to clear this up once and for all, ran from 1997 until 2003 – I was a big fan of The Brunching Shuttlecocks, perhaps the first really successful Web-based comedy team. Sure there were funny sites before, but they tended to be collections of jokes that could have – and often had – been published in other forms. There were Web incarnations of humour that already existed in other media, such as The Onion. There were webcomics, but again they could have appeared anywhere – if anywhere much still published comics. The Brunching Shuttlecocks though did humour that was, to a large extent, native to the Web.

Which didn’t just mean it was geek humour – though yeah, a lot of it was. More importantly though, much of it was among the first comedy that simply could not have appeared in any other medium. Items like The Bjork Song or Tina The Troubled Teen took advantage of technologies like scripting and object embedding to do jokes in new ways.

The Brunching Shuttlecocks are with us no more alas. The website isn’t even available now due to a hosting dispute, (though word is it will return soon). Main contributors Lore Fitzgerald Sjöberg and Dave Neilsen have long moved on to other things. Despite its eight-year lack of existence though, there’s still a surprisingly active fan community.

And now, you can Brunch (as we say) on your favourite portable Apple product. One of the best-loved items on the site was Good Or Bad?, an interactive feature where readers could vote on whether a random range of bizarre things were, well, good or bad. Votes were collated, and their fundamental value discovered. The free app actually expands on the original idea because it allows you to add your own items for the crowd-sourced assessment of other users, though it comes with the original (and hilarious) Good or Bad? content as ‘seed truth’.

Ever wanted to know whether that feeling you get in your stomach when a lift goes down, or the weirdly satisfying sensation of accidentally treading on a snail, or the big button at the pedestrian crossing that doesn’t apparently do anything is a good thing or bad? Now you can, definitively.