Some election campaign. It seems like the only issue being debated is when, where and how issues are going to be debated. A five-way, then a three-way? I’m not sure they’re up to it, frankly. Look, enough. Let’s just not have a leaders’ debate, OK? They’re only TV, they don’t tell us anything useful. For Christ’s sake, it’s not like in the US where you might never have seen the candidates on one platform before. We have a parliamentary system, they argue practically every bloody day of the week and no one watches. This is going to be fantastically different?

Besides, it creates the false idea that we have a selection of available Taoisigh. Nothing much short of assassination could prevent Enda Kenny winning now. (And that was not a suggestion.) The only other person in with a shout is Labour’s Eamon Gilmore, so if we’re to have a meaningful leaders’ debate then really it should be between those two alone. This would make it far more watchable too – in that if Fianna Fáil’s leader was on it, I wouldn’t be able to watch. I’d be throwing bricks at the screen, which is distracting and bad for reception. 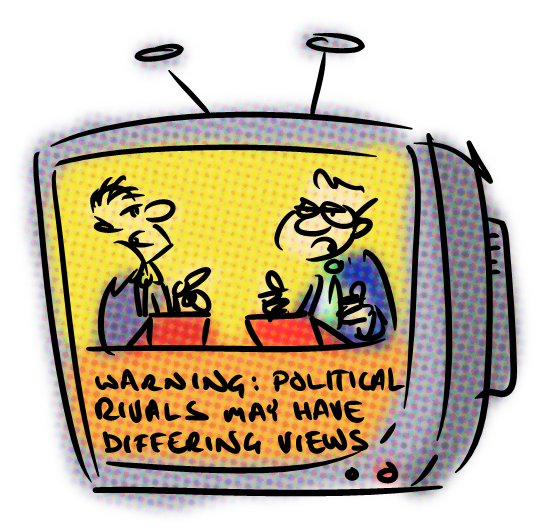 What would Micheál Martin have to add to the debate anyway? That Labour and Fine Gael are actually two different political parties. With different policies. They’re running against each other in an election, and believe different things. That is all anyone in Fianna Fáil has to say, the sum total of their election platform. I guess they can’t very well run on their record. Micheál Martin’s role in the debate could be performed perfectly adequately by a caption at the bottom of the screen.

What he fails to understand is that a Fine Gael/Labour government that collapses due to ideological differences is still infinitely preferable to a Fianna Fáil one that lasts. For a start, it would mean they weren’t in power just for what they could shovel off the table.