Let’s have a break from the politics and return to the quiet beauty of the Claddagh, Galway’s historic fishing village.

Well the last couple of days have been intense. So much so that I’m far too tired to tell stories now. Here then are some pictures, of Galway’s photogenic Claddagh. Where the rings come from.

Incidentally, a shout out to all the people who visited the blog from Switzerland today. I have no idea why you came, but I was very glad to see you. 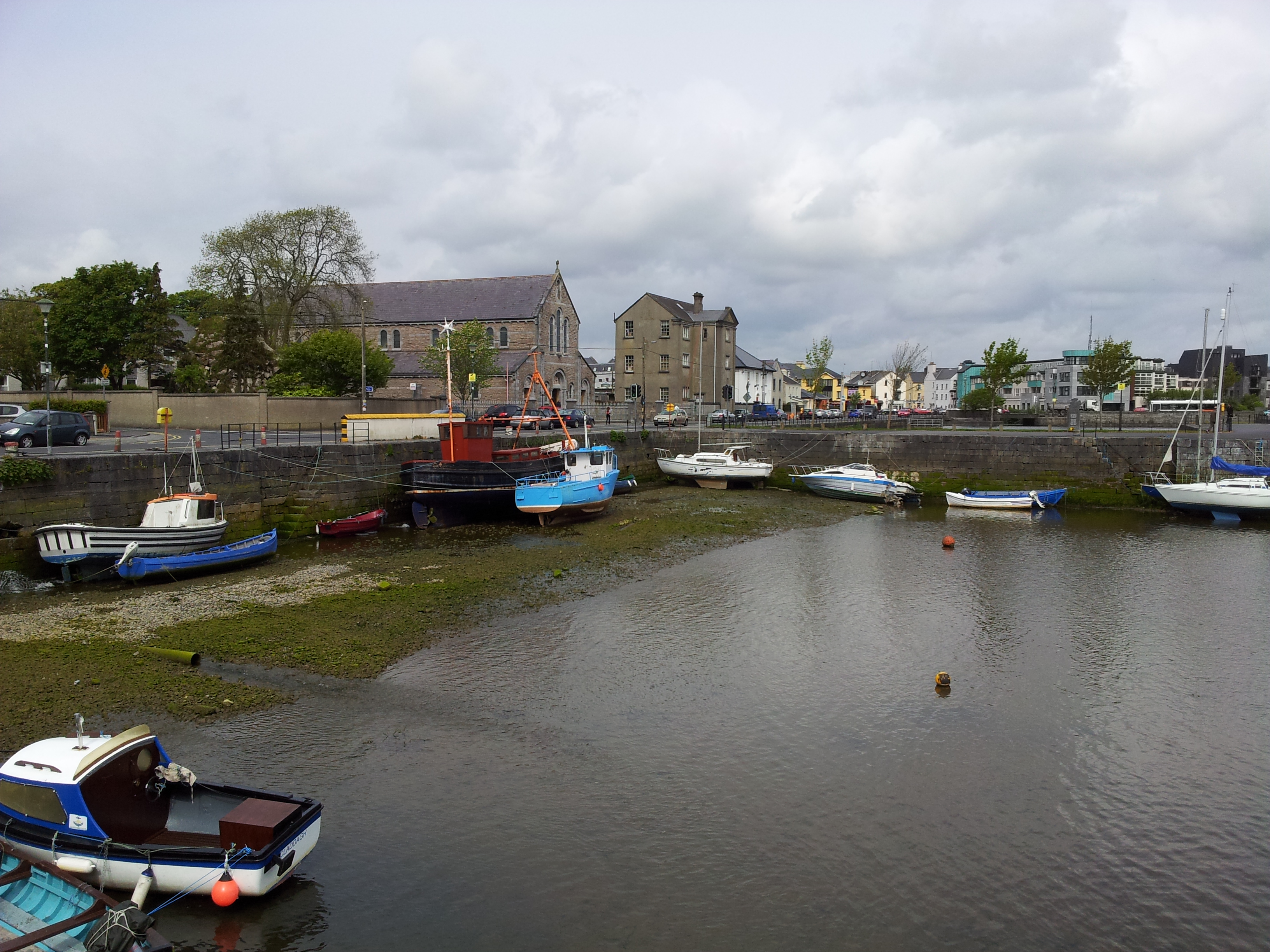 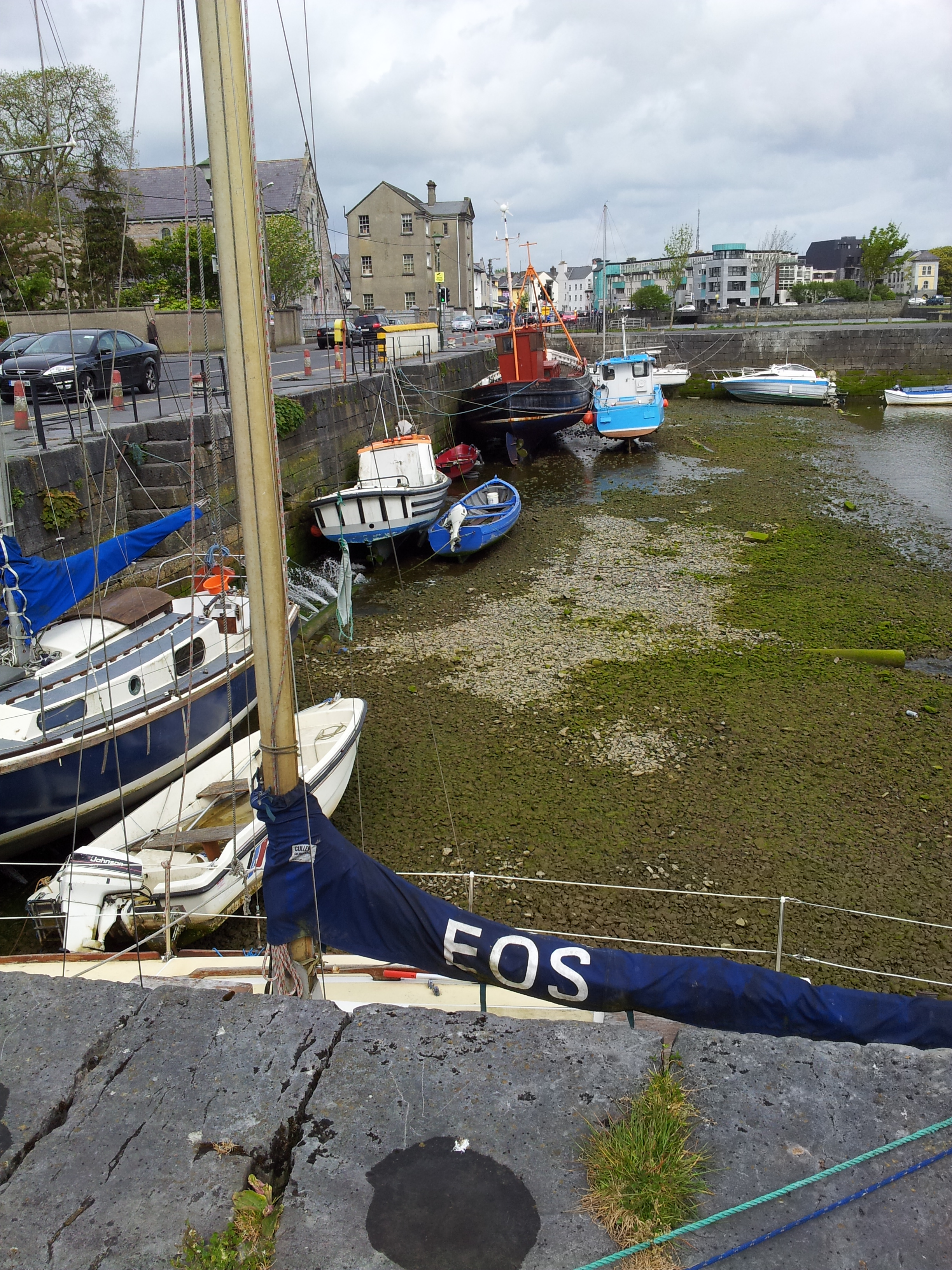 I thought you should see this picture, recently published on the Facebook page of the Galway Advertiser. Apparently taken in the local branch of the Radisson hotel chain, it features an example of the new “Brutal Cuisine”. With chefs swearing and threatening violence, cooks being humiliated in their homes for our amusement, and recipes of such relentless experimentalism that edibility has been discarded as naïve, it was only a small step to this, the ultimate in revolting culinary decadence.

There’s a TV ad running for the Galway Arts Festival. I don’t recall its wording exactly, but I’d almost swear it was something like “for all your arts and culture needs”. I’ve said it before and no doubt I’ll say it again, the Festival has become too commercial.

There have been a number of attempts to get back to its roots, though generally they come from outside the organisation. Project ’06 showed that the community spirit was still there, but it was never intended to compete. More has been achieved perhaps by starting other, more focused festivals at less coveted points on the calendar. Most successful of these would probably be the Galway Theatre Festival, but we are certainly not short of small interesting celebrations.

Some though still go for the big one. The Colours Fringe Festival is attempting the whole shooting match – a festival of theatre and film and music and literature and the visual arts. Yes it’s small and maybe a little disorganised, most of the acts involved are local, some aren’t even professionals. But that’s exactly what the Galway Arts Festival was like, back when it was cute and loveable.

I should have written about this sooner, it’s running right now. In particular I’m going to blatantly plug some friends of mine, the Spontaneous Theatre People, who are doing an hour-long show called “Star Stories – 5” at 3:00 tomorrow afternoon in Kelly’s on Bridge Street, but there’s a full calendar of events over the next two days.

Unfortunately, my first and last names are “Runsawayfrom” and “Likealittlekitten”. But I can get that changed by deed poll now. I have proved my manhood.

So what fine, brave, reckless thing did I do? Perhaps you should sit down, or else these words might make you stumble. Gentle reader, I drove in Galway City.

I’d been putting that one off. Encircled by roundabouts, fiercely peppered with student bicycles, crammed up a one-way system rumoured to be based on the French horn, Galway is famously difficult for the inexperienced. And I am certainly that. Though I have in fact driven in Galway traffic before, it was twenty-five years ago when there were hardly any one-way streets and no roundabouts at all. The good old days, before the planners ruined it. By planning for all the cars people went and bought.

My only real experience with the traffic circle therefore was in our ecclesiastical capital Tuam, where they’re mostly of the mini variety. You know, those marked-on-the-ground ones that you can drive straight through if you’re not in the mood. Did I mention I failed my test? Anyway the ones in Galway City are big, with two or – for one particularly confusing segment – three lanes. To someone ignorant of the simple principles involved, they seem impossibly dangerous. Six months ago, I was that someone.

It was OK, he said nonchalantly. Not easy, but not the ballet of knives it appears to be either. Mirrors are your friends. No wait, they’re not your friends. They’re your enemies. Watch them. Basically the town driving is about the constant swivel-headed vigilance. All you need to do is look in as many directions as possible simultaneously.

I did get tooted, but just once – not bad for a first time. I deserved it too, I cut someone up. And yet somehow I don’t feel too bad about this. Possibly because it was a white van.

If you’re like me you probably thought last summer’s Project ’06 was a triumph. The energy and sense of community that the Festival had in its heyday was back in force. This was surely the way forward.

And like me, you would be wrong. Project ’06 was a complete failure.

The point of the Project was not to show that great things can be achieved when people work for free, or even that there is a huge amount of good stuff going on that the Festival doesn’t include. We already knew that. The point was to change the Arts Festival, to make it again the vital force it once was.

What the Festival originally achieved is pretty much taken for granted now, but it changed Galway. Culture really can make a vast difference to a location. You have to remember that in 1978, Galway was on no part of anyone’s cultural map. The John Hinde postcards called us “Gateway to Connemara”, and that faint praise was painfully true. The only reason most visitors even passed through here was because we had the only bridges south of Cong.

That changed, and it was changed by artists. People mostly in third level education, at NUI,G and GMIT (then UCG and the RTC), who decided they could put on the show right here.

Druid pioneered it, proving you could be from Galway and still be famous around the world. But the Arts Festival made Galway famous in itself, changing its image from a dowdy, decaying place forgotten by everyone except Americans searching for the graves of their ancestors into somewhere people wanted to be and to live. Even when conventional industries were folding, Galway had new ideas and opportunities that kept the economy growing.

In recent years though, the Festival’s role has changed fundamentally. It still does an excellent job of bringing global quality performances to Galway, but that was only a part of the original point. It was also expected to help the cultural life of Galway develop. Not only is the more tourism-orientated Festival of today not so good at promoting Galway-based arts, it has reached the point where it’s actually becoming harmful to them. At the one time of year when local performers and artists might be able to make some decent money, venues and equipment are unavailable to them. Of the little money there is available from sponsorship and government funding, a huge wedge goes to international acts that are already better funded in their countries of origin than we dream of.

The main request of Project ’06 was that a small proportion of funding and facilities be ring-fenced for the arts in Galway. The Festival however seems unreceptive to the idea, apparently unwilling to become directly involved. They would prefer if something like Project ’06 continued as a “fringe” festival. But that would do nothing about the current competition for resources, and it ignores the fact that a huge voluntary efforts like ’06 are not possible every year.

Besides, Galway’s artists should not be the fringe event in their own city. That would be to miss the whole point. A Festival that’s all about bringing in great acts to watch is just more television, another thing to be passively consumed. The reason the Arts Festival was once great is that it wasn’t something just happening here. It was something Galway did.

Back in March I told you about a competition to name a new Galway-brewed beer. I didn’t enter myself, there seemed no point. I predicted on the spot that no name except “Galway Hooker” could possibly win.¹

You can now get Galway Hooker beer in a few pubs around town. It’s good. As an ale, it’s a (very distant) relative of Smithwicks. There are some key differences however, chiefly the same as those between a chemical factory and an actual brewery. Hooker has a smoky, hoppy flavour that balances the bitter and the sweet. My Japanese friend Kiyoko thinks it has a slight bouquet of berries, but she’s a girl. I think it makes you drunk. Having tested it extensively though, both by itself and in combination with other drinks, I can attest that it is easy on the head the next morning. Both Neachtain’s and Roisin’s got though their supplies ahead of schedule, so it seems to be going down okay.

Any problems? Well, that name guys… Gag names compel people to make the obvious jokes, and that gets tedious fast. I just hope that doesn’t put too many people off.

The official Festival is spectacular and highly professional, but at some point it got out of scale. Once, most of the emphasis was on bringing locally created art to the people of Galway. Now it seems to be more about attracting people from overseas to come and see art that is also from overseas… Part of the tourism industry, in other words. Once too it acted as a bridge between Galway and the world stage, telling people “Yes, we can do it here, you can aim that high”. Now you need to be pretty famous already just to step onto that bridge. Arguably it actually competes with local arts.

Project 06 goes back to the original idea, attempts to create a festival with a more local, community feeling. To this end they have found an amazing number of small but useful venues all over town, in places you’d never expect art to occur. A huge amount of effort and material has been volunteered. Yeah, like the old days. I think this speaks volumes about the level of respect and admiration Galway has for people like Ollie Jennings and Padraic Breathnach.² It may all be a bit dreamy and idealistic, sure. But it was dreamy and idealistic the first time.