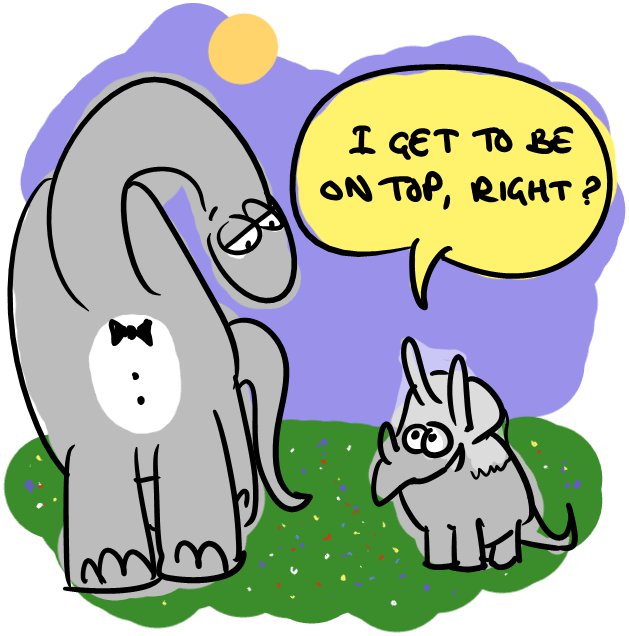 Well it looks like my worst fears came true, literally overnight. Maybe insiders at Microsoft and Nokia will be able to convince themselves that this is a refreshing, innovative alliance, but I think most others will see it as a dinosaur wedding. Two giant market leaders getting into bed together – and very likely pushing everyone else out.

It needn’t be. These may not be the most fashionable companies right now, but they each have histories of innovation. If we saw the best of them combined in one smartphone system it could be something to behold. But will we? It is hard to be sanguine. A move like this seems almost the opposite of a brave, independent vision.

I have argued that Apple are actually not a particularly innovative company, but here they did something that was truly game-changing. What Nokia and Microsoft seem to be doing though is not changing the game again, but trying to grab as much as possible of the game as it is. Between them, they reckon they have the hardware and software to go head-to-head with Apple. Well and good from a profit point of view, but it borders on the anti-competitive.

At the moment in the smartphone world we have winning products from Apple, Nokia, Google, Microsoft and RIM (Blackberry), as well as interesting outsiders like HP’s WebOS and various other adaptations of Linux and Java. When was any branch of the computer industry as open as that? Certainly not since the home computer explosion of the 80s; probably not since IBM’s rise to dominance. This is an extraordinary time for choice and innovation. Yes, it has to shake out and consolidate. Leaders must emerge. But when the people who are already the market leaders band together to protect their position, that is disappointing.

Nokia have said that they will continue to work with their own Symbian operating system for now, as well as MeeGo, the promising mobile version of Linux they’ve been working on with Intel and others, but it is hard to seriously imagine them putting their hearts into it when they are in partnership with the maker of a product competing with both. It seems more likely that they will atrophy, and the available choices will shrink. A Nokia-Microsoft product will almost inevitably rise to a dominant position. Not because it is better – Windows Phone 7 is still largely untried – but simply because of economies of scale. Because they are big.

In just a couple of years we may see a smartphone market that consists of little more than two giants – Apple and Nokia-Microsoft – and a plethora of minor competitors using Android. This will be a particular shame because it is so unnecessary. Unlike the desktop computer market there was no real argument for a natural monopoly here. Document compatibility and intercommunication are non-issues. It will just be too hard for smaller companies to get a look-in when giant competitors can work on graphene margins. So competition, and innovation, slowly dies.

And there is little we can do about it. Except of course refuse to buy the phones. 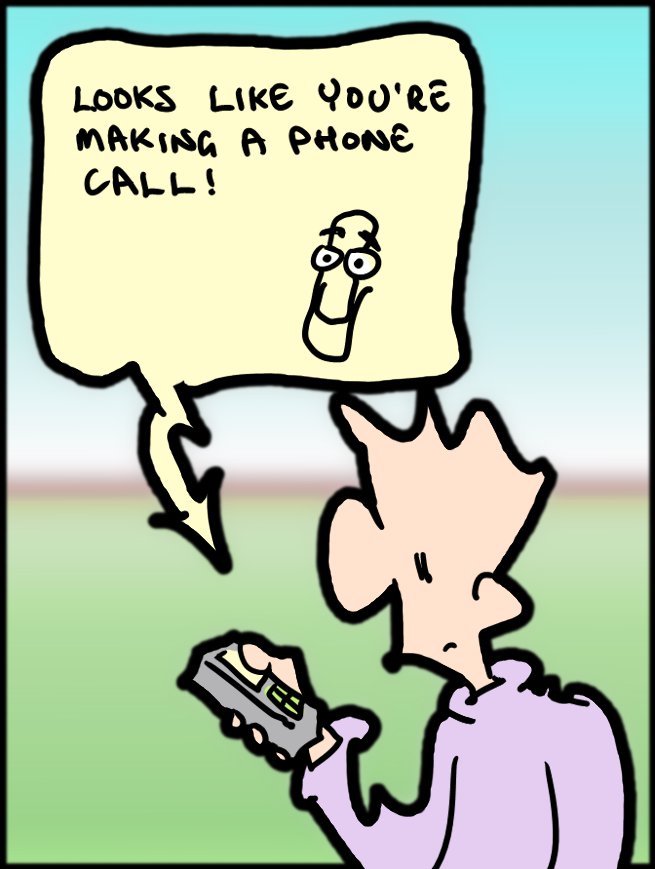 Nokia’s new CEO Stephen Elop has made his presence felt – by giving his troops a good bawling out. According to a leaked memo, he told them what was wrong with them in no uncertain terms. And well he might. While there is a hell of a lot I admire about the Finnish company, they have lost their sense of direction so comprehensively in the last few years that I’m scared to use Ovi maps.

This of course dates back precisely to the launch of the iPhone. With an effort of imagination, you can kinda see why Nokia failed to spot the threat. Apple had never made a phone before¹, they were launching just a single model, it was crazy expensive, the operating system was a drastically cut-down version of a desktop one and couldn’t multitask or even cut-and-paste, the camera was well below par, it was restricted to one network, and it wasn’t even 3G for God’s sake! Nokia had a vast range of phones, some of them running the mature, multitasking Symbian OS with a pedigree stretching back to the very first handheld computers. Nobody knew as much about phone hardware or phone software as they did. Apple’s gimmicky thing almost seemed like a joke.

A joke that changed the game. Most obviously, because the phone’s interface was simply an evolutionary leap. More subtly, because Apple were not even selling a phone. They were selling music, applications, video, computers, content. The phone was just a part – albeit a pivotal one – of a new marketplace, or as Elop calls it in the memo, an ecosystem. Suddenly, just selling phones seemed like a dumb thing to do. Nokia were really good at a dumb thing.

And to make them look all the dumber, they didn’t seem to realise this. Their attempts to draw back market share looked clumsy and half-assed. A touch interface kludged onto the Symbian OS, some special music-playing models (because iPhones are a sort of iPod, right?), their attempt to create an ecosystem with the lacklustre Ovi – Finnish for door, betraying the fact that they’re still thinking in the restricting terms of a portal rather than the openness of a marketplace. They were really not getting it.

So Elop gave it to them:

He uses a metaphor of a “burning platform” – as in, you don’t jump into the cold ocean until you realise your oil rig is on fire. But the choice of word is interesting. “Platform” in computing terms means the combination of hardware and software that programs are written for. Thus a PC with Windows is one platform, a Mac with OS X another. What it all strongly hints at is that he’s preparing Nokia to ditch Symbian.

A shame, some say. Symbian was the first real smartphone OS, descended from Psion’s PDAs, and is loved for many reasons. It was designed from the very beginning as a mobile system, which may explain why Nokia devices can use more modest processors than their competitors and thus have very good battery life.

About time, others say; it’s dated and it’s been holding Nokia back.

I personally do not know if there’s anything fundamentally wrong with the Symbian OS, or if it’s just the interface that lets it down, whether it’s hard to develop for or it’s just that there isn’t enough incentive. It’s an argument that rages among specialists. But much like the old Windows Mobile for phones, Symbian has accumulated “legacy” which makes its once-advanced features seem clunky hangovers. Things have become quirky and confusing. If I install a new app on my Nokia and want to have a shortcut to it on the home screen I have to dig down through menus within menus looking for one called, of all things, “Standby Mode”. That just isn’t good enough anymore. At the very least, they need to revamp it as utterly as Microsoft did theirs.

Or… Simply adopt Microsoft’s solution? Rumours abound that there is a partnership deal brewing. Stephen Elop came to Nokia from Microsoft, so naturally people suspect that he wants to move some of his old furniture in. And in a lot of ways this would make sense. The OS is, by most accounts, looking good. A partnership of the companies that are still the leading desktop and mobile players would be terrifically strong.

But I don’t like it. Certainly, make Nokias that run Windows Phone 7. Why not do that? But don’t get married. Nokia is a lot of eggs, and Windows Phone 7 is a rather small and untried basket. It looks good now, but Microsoft often change their minds about – or simply forget to concentrate on – what seem like promising ideas. Microsoft is enormous.

And it’s… too neat. Both were the absolute master of their respective niche, both are now threatened by innovative incursions. It would be the heavyweight incumbents ganging up against the upstarts. The danger is that they would use their inertia to resist innovation from Apple and Google, and that would benefit nobody.

And what about Google anyway? Some saw a round of name-calling between them and Nokia as burning bridges, but in the business school yard that could equally mean they secretly fancy each other. And there’s a lot to be said for the Android solution. For one it’s open source, so Nokia can adopt it – and adapt it – without making any deals with Google. Nokia have the resources and experience to advance Android perhaps even as much as Google itself does, and could certainly set new standards in its implementation.

Which brings us to HTC, the brilliant Taiwanese company currently leading that field. They have no problem producing both Windows and Android models. Why can’t Nokia? Potentially, they could beat HTC at their own game. They can make hardware that is as good and better, they make a far wider range of models at both higher and lower price points, they could bring a range of Ovi services to the party as well, available exclusively on Nokia phones of either flavour.

Or perhaps they could simply leave that to the competing ecologies of Windows and Android, and go back to concentrating on what they do best – making phones that work very well.

Something like this is what I hope to see. What I fear we will see is a deal where they ditch their own operating system research, spurn Android, and become strategic life-partners with Microsoft. Nokia are more than that.