Another moving performance by Jerry Levy, but wow – this play is a lot more intense and depressing than Marx in Soho. Good though – in the way heavy theatre can be. Cathartic. Though I’m never sure about catharsis. Is it not just the feeling of pleasure you get when someone stops hitting you over the head?

And The Fever hits you over the head repeatedly. It also punches you in the kidneys and kicks you when your back is turned. It concerns a wealthy Westerner going through a crisis of conscience while suffering a fever in a Third World hotel. In fast succession, his unfastened personality swings from tortured liberalism to fascistic rage as he both realises that his pleasant life is a root cause of injustice, torture and death in places he once avoided even knowing about, then pities himself for being burdened with this  knowledge.

But is this dream a moment of clarity? In his febrile vision, the world is a giant zero-sum game where wealth only exists because it is wrested from the poor by violence, where every surplus means someone else goes without a necessity. You can draw different conclusions from that. One of course is that the only possible solution is a radical, total equalisation of humanity.

Another is that there is no solution, and all you can hope for is to be on the winning side. And fight tooth and nail to keep your advantage because the alternative – that the poor and oppressed might someday get to exact their revenge – is too horrific to contemplate.

Or maybe that’s just me. The Fever is a rambling play for sure, it loops and leaps, and yet there seem to be patterns in it. A Rorschach blot – Shawn spills the ink but leaves conclusions up to us. And you will see yourself in this play. Just perhaps not the best of yourself.

A moment before he walked on stage I was gripped by an unexpected fear. Can professors of sociology actually act?

Sure, they can act in the sense that they can get things done; the guy who lectured me is President now. They can certainly talk – well, the good ones can. But playing a role is a whole other proposition, and the notion of an actor-professor suddenly seemed very incongruous. Were we about to sit through a thinly-disguised lecture on a dry historical figure?

I worried needlessly. Jerry Levy is an actor, and Karl Marx – in the script by Howard Zinn at least – a warm, living, mischievous human being.

And, just a man. A thinker, a writer, an honest man angered by injustice of course. But no colossus and no antichrist, not the towering figure envisaged by both his followers and his detractors. A person, by turns kind and foul-tempered, drunken and diligent, who achieved much yet whom we might hardly have heard of if he hadn’t befriended Friedrich Engels or fallen in love with Jenny von Westphalen. Zinn’s play, among many other things, illuminates the fact that great lives are really just ordinary lives with unusual consequences.

Marx In Soho is in a lot of ways a simple play. You could almost call it predictable – until you remember it was written in 1999. Back then it would have seemed overly pessimistic to say an unchallenged capitalism would become less constrained by democracy, ever more greedy and unjust. Now that seems obvious.

But this was almost a passing observation. The larger point was that the divisions between people are mostly false dichotomies, artificial distinctions drawn between countries, religions, classes, ideologies, even right and left. The only real division is that between justice and the absence of justice. And there is no justice where people do not have the basic things they need to live.

In the second play of the double bill – The Fever by Wallace Shawn – we go from the broad and theoretical to the immediately personal. How do you live in an unjust world? 8.30 tonight in the Town Hall Theatre. Book now – Marx In Soho sold out. 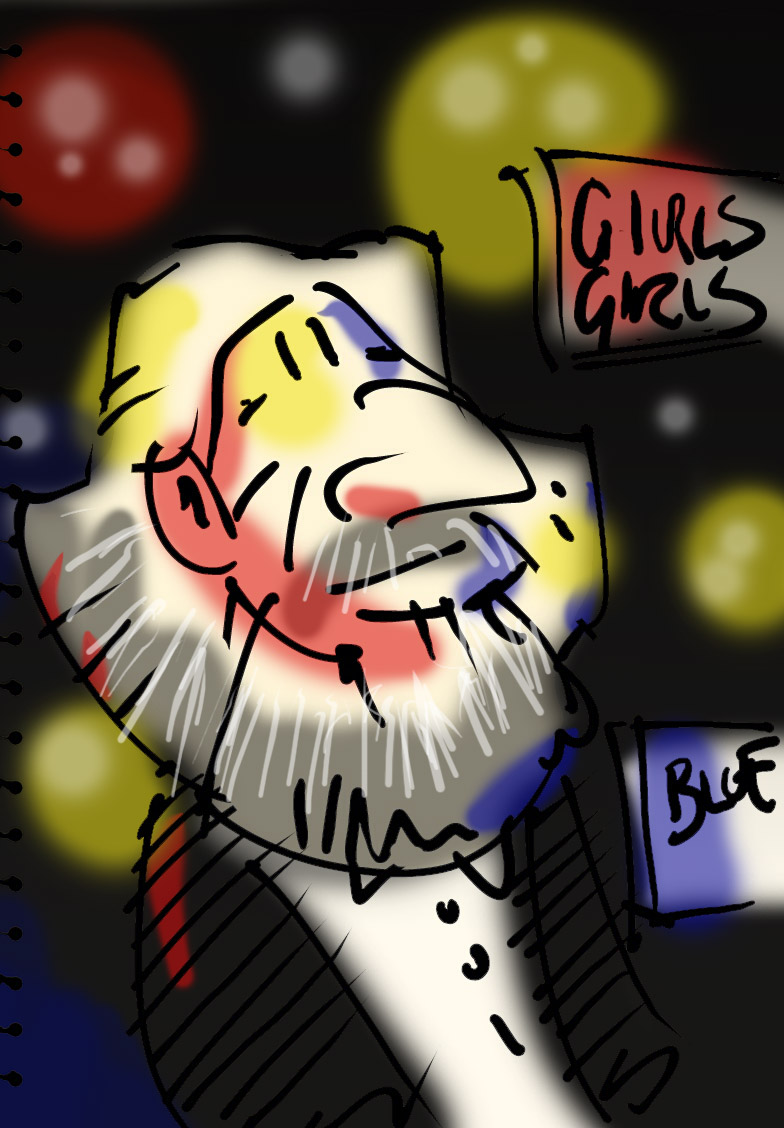 Want to see a play about Marx? I’m serious. It’s time to look again at capitalism’s most famous critic. Was he onto something? Clearly it has its faults – the main one being, the way makes all the money gather at one end. But does Marx offer any solutions?

On the face of it, his approach to the problem hasn’t worked out well. Any country that called itself Marxist seemed to end up being a pretty crappy place to live; authoritarian and restrictive. On the other hand, these states bore not the slightest resemblance to what Marx envisaged. There’s only one major one left now, and somehow we all owe it money. On yet a third hand, the stateless workers’ paradise he did predict seems to be taking its time materialising.

With a track record like that, you might fairly wonder why anyone still pays him any attention. Was he just an eloquent guy with a compelling vision and a terrific beard? Maybe so. But he was an interesting guy.

What’s more, he’s being played by an interesting guy. Actor-director Jerry Levy is a sociology professor back in Vermont, but at an age when most would be retiring he began touring the world with Howard Zinn‘s “Marx in Soho”, a one-actor play on the idea of Marx returning to see the modern world.

It’s on today Thursday in the Town Hall Theatre Galway, and will be followed tomorrow with Wallace Shawn‘s “The Fever”, a darkly comic piece about the pitfalls of owning a conscience. Both shed moving, humorous light on the times we’re living in. See you there?