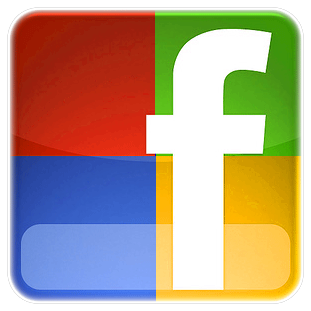 May I be the first to run around the room with my arms flailing? Facebook may merely be working with Skype to introduce video calling, and Skype may have only been recently bought by Microsoft, but it immediately makes you fear that Microsoft are on the point of buying Facebook. And that would be almost unthinkable. The lumbering old PC monopolist, owning the nimble new social network. The folks at Redmond, with their hands on our personal profiles. Shiver.

Yet… It seems a compelling match. Though not officially on sale yet, the estimated asking price of Facebook is The Largest Number You Can Think Of – a sum which Microsoft just happens to have.

Will they? Would they? They may have to. If Google actually begins to rival Facebook with its Google+ network, it is going to have a fantastically powerful strategic position. And remember, as the main way that the world interacts with the Web and the maker of what is going to become the world’s most popular phone OS, Google has a strategic position already far in advance of anyone.

It’s clear already what they’re planning to do with Google+. They’re going to blend social networking in. They want a person’s online activities, their socializing and their Web searching, to merge casually and seamlessly together. Search for an air fare to Italy, let your friends (or a certain group of friends) see that you’re searching, get their comments and tips. It’s amusing that just after all the browser-makers introduced an “In Private” feature so that you could explicitly search without being seen, Google realised that an “In Public” option would be even better.

This will work. People will like their social networking being blended into their general online activities. It will make using the Web as a whole a much more social thing, a lot more like being with people. It will be great and Google will become even more fantastically powerful.

So if Microsoft want to stay in the game, they need Facebook. The chances of them successfully introducing their own social network system seem poor. There’s really just one question. If Facebook becomes a property of Microsoft, will it instantly become uncool? It seems likely that being owned by Mr. Fox contributed to the demise of MySpace, possibly a similar effect could strike down Facebook. Especially if Google are successful in selling Google+ as the cooler alternative. I’m not sure. Facebook is so big now that it seems almost unimaginable that it could falter. And yet, anything can happen on the Web.

What’s more, if MS keeps blundering around with the sense of direction it’s displaying right now, if Apple and Google keep running rings around them like this, it’ll soon be able to portray itself as the loveable underdog.

As I say, anything.