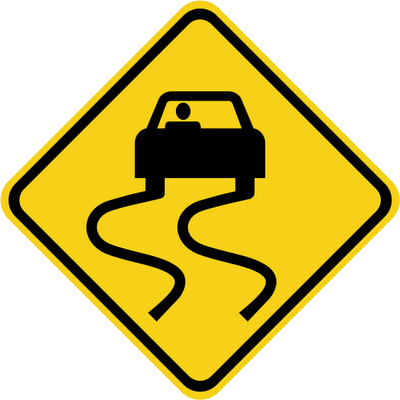 Picture the scene. I’m doing a practice run with my driving instructor. I am a cat-bag of nerves, slopping adrenaline, making error after error. The lessons of the preceding ten months, the intense practice I’d done in the last weeks and days, are coming to nothing. I was forgetting to signal, forgetting my mirrors when stopping and turning, riding the clutch, coasting… The inattentive habits I’d worked like hell to eradicate were all back, all at once.

Nerves were making everything seem to happen too fast to control. Who can possibly look in a mirror, make the correct signal, look in another mirror, depress a clutch pedal, let up an accelerator, select the right gear, apply a little brake, let up the clutch pedal gently but not too slowly, steer, look in every possible direction for hazards, and pay attention to where you’re going all in the correct order and in such quick succession that you’re actually doing several of them at once? Ridiculous. It can’t be done. And that’s just one corner.

Then the heavens open. And not in the good way where divine providence looks down and beams me out of there. That I could’ve used. As in torrential rain. Torrential by Irish standards remember; a country where we say it’s fine if it’s only raining a bit. Some of you live places where weather like this would constitute a national emergency. Visibility was suddenly non-existent, the heater struggled to keep the windows demisted but succeeded only in making the car unbearable, conditions became hazardous and continued into ludicrous. I am dispirited. It’s not enough that I’m driving like a brain-damaged chicken, I now have to ford a flooded road to even reach the test centre.

I think to myself, I did not pick a good day to book a driving test.

So what happened next was quite weird. But it is what often happens in these situations. You could call it correct fear. Suddenly the adrenal glands stop being an impediment and start doing their job of maintaining my balance on the tightrope of concentration. All the hours of practice come back to me now. Instead of everything happening at once, there seems to be time to do it all. It’s… almost boring. Intense yet slow, like a black and white film. I’m no longer desperately worried about my driving test, because I’m doing my driving test. I’m in The Zone – one of those rare times when you live completely in the present.And in the present, there’s time for everything.

I am a driver now.

But I am… almost confident. I feel I’m a far safer driver than last time. I’m a lot clearer about what you’re supposed to do with a car. But there’s still the worry that in one moment of inattention I could make a simple error and blow the whole thing.

One such error of course would be to sleep late and fail to turn up. So… Wish me luck. 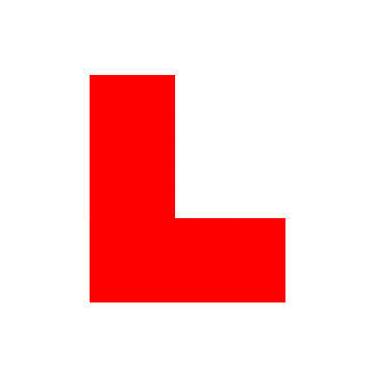 I passed! I passed my driving test! Well OK, it was just another practice run, but I practise-passed! After two abysmal practice-fails, that’s the best news I’ve had all week. I can’t describe how I feel.

Well actually I can. Tired. I feel very… tired.

I guess it’s relief. Fear of failure has been driving me for the last few days. Now it’s been alleviated a little, I’m as limp as a grounded weather balloon. Some coffee needed here I think. Also breakfast.

I took a long walk around the town of Tuam, shaking the nuts and bolts out of my skeletomuscular system. Had a coffee and a water and a croissant with bacon and cream cheese, and finally felt… still wrecked. But taut, springy. Like after a good workout. Then more driving practice for another two or three hours. Good, but not quite attaining the relentlessness of the day before.

The danger now is that, even on this exceedingly flimsy evidence, I’ll become overconfident again. My skills are still… marginal, to put it nicely. Passing the test is going to be hard. The more I do this, the more it becomes clear that driving well is a juggling act, an exhausting task that requires absolute full-on concentration for a protracted period. And though in time juggling can become second nature, that time is not generally “By next Monday”.

And I’ve got to produce that concentration while trying to make it look like it’s already easy. The proverbial swan – serene on the surface, kicking like a bastard below. So the next few days are going to be… like this I suppose. Exhausting. I want to be able to drive right, I am determined, I believe I can do it. But I wonder if determination and belief can really galvanise me in the same way that staring failure in the face did.

There is something to be said for fear.

More frightened than ever now, because I just took a mock driving test. Not great. If it had been a real test, I would have failed. Three or four times.

On the bright side, it was the same thing each time – so really that’s only one error! A minor visual acuity problem, called “Stop-sign blindness”. I just need to remember that when STOP is written in big nasty official-looking letters on a bright red metal octagon fixed up a pole, it is not a suggestion. You be stopped. You put on the handbrake. You write “Me stopped now” in the fog inside your windscreen. OK, maybe that is unnecessary. But the main thing is, you’re definitely stopped.

And then you go again, often immediately.

My other problem is the brakes. I’m scared of brakes – scared I’ll stall if I brake while travelling. Which is unrealistic, but nevertheless I am. So first I tend to rely too heavily on engine braking, moving down a gear when it’s really not necessary, and when I do use the brakes I instinctively depress the clutch as well to prevent stalling, thereby blowing the engine braking. Or I simultaneously change down and then keep the clutch depressed but forget to brake, so instead of smoothly decelerating to a halt I just keep rolling forwards. So then I hit the brakes, let the clutch up, and then stall. Or I just get confused.

Sounds like I’m in a bad way? Not at all. Yesterday I did those things too, but I didn’t know I did them. So I’m making progress. Real progress.

So my next driving test is heaving close and – what a surprise – I haven’t done half the work I need to. One week to get into shape. I suppose that’s about as feasible as getting into shape for anything else over one week.

OK I have been driving since the last try; virtually every day, and sometimes quite long distances. I just haven’t been test driving. So I’ve spent the last half an hour doing classic three-point turns, with the handbrake at each stop and the regulation distance from the kerb and all of that, just like they like. I’ve come to think of it as a kind of dressage – you know, that thing where they make horses behave like hovercraft. I’m a lot more comfortable with it now than I used to be. What I’m feeling weak on is road-reading, and having three or four fewer eyes than I really need.

I’ve been working on my manners too, letting people merge, smiling and waving, buying drinks. OK not the last one. This isn’t on the test, but my girlfriend is a much more experienced driver and she insists I start as I mean to go on – i.e., not like a bastard.

Don’t be worried or distressed then if I don’t write much of weight in the next week, as I spend more time behind wheels than keyboards. The Presidential election and the collapse of the world economy will have to continue without me. If you want to read the diary of a frightened man making hilarious mistakes however, stay tuned.

Today’s most egregious error: Attempting to leave a roundabout by a road that isn’t an exit.

Excuse: Whoever heard of a one-way street meeting a roundabout!? The town planners are insane.

Thank you for your perseverance through the downtime. I lost my blogging rhythm for a few days there, between one thing and another. One was the current job – if that’s an appropriate word for what’s turned into a litany of frustration – the other my driving test, which I failed.

It would be easy to say the main reason for the other was the one. Easy, and largely true. I only had time to drive every other day because I was busy working to (oh, the irony) pay for lessons.

Too easy though; I want to resist the urge to blame something other than myself. Driving is about the most responsible thing you can do. Unless you’re a surgeon or a soldier in action, you aren’t usually in a position where one lapse of judgement can kill the person nearest to you. So no excuses, I wasn’t ready for that test.

I probably never will be. Let’s face it, I lack the necessary intelligence and skill to ever be left in charge of a dangerous machinery. Wait, that’s too far the other way now. In reality there were bad habits in my driving technique that I became aware of too late in the game to break. Ah well. I have applied for another test.

So in the last six months I’ve gone from being certain that driving wasn’t for me to being besotted with it – closely followed by the feeling I’d never figure it out, and finally a cautious optimism that I’m going to get it right some day. It’s been like adolescence on fast-forward.