It does the basics well. At least you assume it does, being from Adobe. I can’t honestly swear I can tell if one app is adjusting brightness or contrast better than another. The cropping, rotating, and flipping tool is impressively quick and smooth though, so it might be worth the effort of downloading for that.

The touch-propelled interface, where the whole screen is your slider control, is great for easy precision control on the phone. But what’s there to do with it? As far as treats go there’s a positively grudging selection of eight frames and seven filters. Even Instagram makes that look weak, never mind an effects cornucopia like Pixlr-o-matic. Apparently there are additional ones available to the iPhone version – for money – but there’s no readily apparent way to get them here.

It shows every sign therefore of being the deliberately watered-down free sibling of the paid-for Photoshop Touch app. Which alas I cannot use until Ice Cream Sandwich (Android 4) finally reaches us. I’ll probably find a use for this on occasion, but it will never be my first resort.

Oh, I’m liking this one. Pixlr-o-matic, unlike the Instagram and Hipster I discussed earlier, is not about applying pre-set combinations of effects. Instead you can choose the combination, from three different categories called Overlay, Filter and Frame. Plenty come with it, and you can quickly download many more – even seeing them applied in preview before you download, which is pretty amazing.

This is a really well thought-out app in the way that it manages to combine speed with flexibility. Obviously it takes longer to use than one of the others, simply because you have so many more options, but it means you can apply your own tastes rather than be restricted to the aesthetic ideas of an app’s creator. And to speed things up you can remove effects from the interface, getting ones you don’t like out of the way or even reducing it to just a few favourites. The rest remain accessible, but are a few taps away. For me, that flexibility easily outweighs the extra complication. There’s room for both types of app on a phone of course, but I see myself using this one far more often.

A couple of other great features:

A button to apply a random combination of filters that you can keep hitting until you’re pleasantly surprised. It abandons all control, but adds fun.

Single-click cropping to square. It just cuts off the sides, unfortunately there’s no zooming or panning, but it’s quick and it’s great to have the choice.

Best of all though, Pixlr-o-matic allows you to save your pictures. Are you surprised that that’s a bonus? Too many of these apps are so “social” that there is no option to save an image to your phone! You can only upload it.

This is the one Facebook should’ve bought. Maybe they just couldn’t pronounce it. Far, far better than Instagram or anything else I’ve found so far. And it costs exactly one billion dollars less. 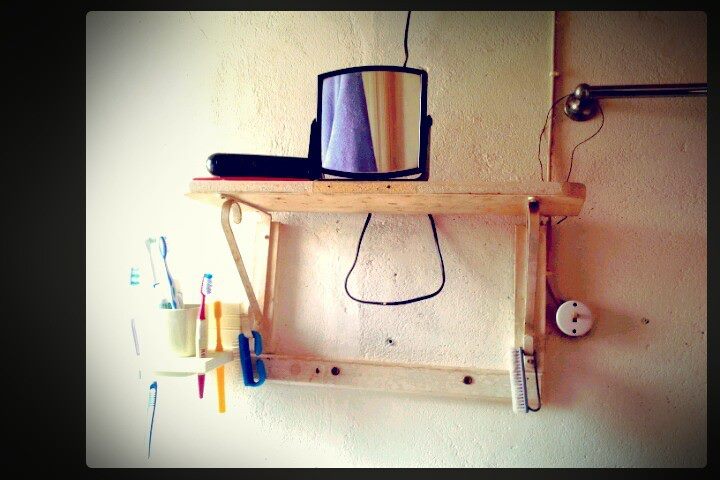 Lomography – the use of a uniquely crappy camera to take charmingly distorted pictures – was perhaps the last cry of film photography as a fashionable medium. It was soon overtaken by apps that could achieve similar effects and more, such as Hipstamatic for the iPhone. Developers quickly realised that with its ability to run software, a smartphone could be much more than an ordinary digital camera. Now, a photo is hardly a photo without an extreme colour cast and dark corners.

Then social networking got involved. Some may think the combination limited; after all, uploading images is just a subset of what Facebook or Google+ can do, and Flickr has had similar facilities for ages now without ever setting the world on fire. But on the other hand Pinterest – sharing other people’s pictures yet – has become the biggest social network after Facebook and Twitter, so it’s perhaps in the light of this that Instagram, one of the most successful free social/photography apps, was snapped up by Facebook on almost the same day that it became available for Android. For one billion dollars.

Networking is not so important to me, but I would like a good Lomo-style app to take fashionably bad photographs. I am impressed by how affecting these effects can be. The one above uses Hipster, an established Instagram-like app for Android. It’s OK, it has some interesting effects. But not many, and the tools seem a little limited. Very comparable to Instagram really, but with one big difference: The results are… unsquare. It leaves the images in widescreen ratio, not the cute square format that’s so key to the retro feel, and so far I’ve found no way to change that.

I don’t think this will be the one for me then. Look out for more trials to come.

In my rush to find nice effects I completely overlooked the actual intention of Hipster. Though it’s similar to Instagram in most respects, its intention is to create postcard-like images automatically bearing the location they were taken, which I assume they scrape off Google Maps. Hence the wide format. I hadn’t realised this at first because the picture I took above was a long way from any landmark. If I had been, its name would’ve appeared in the black area on the left up there.

There’s a different font to suit each effect, and I suppose it achieves its goal; they do look like postcards. Unfortunately to me they mostly look like tastelessly effects-laden postcards from the 80s. Which is either insufficiently retro, or excessively ironic.