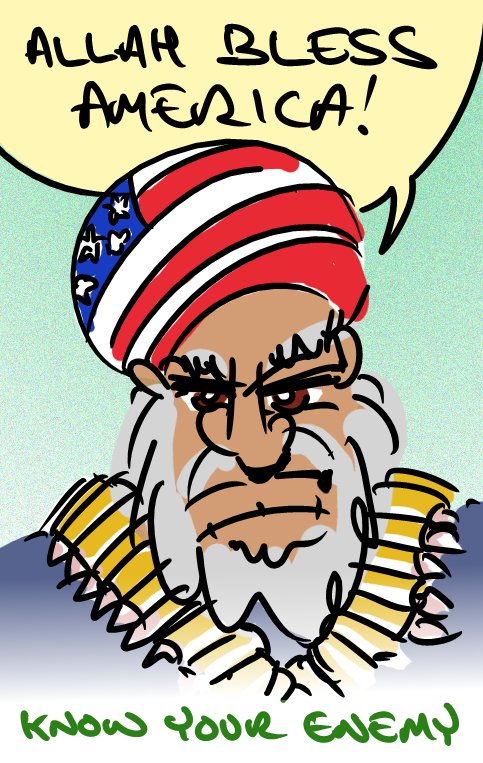 Muammar Gaddafi delivering his address to the people of Libya. It is like watching someone die live on television. I think that this may be the longest living (prehumous?) obituary ever.

He is proudly in favour of what the Chinese did in Tiananmen Square. He thinks that he is the victim of a conspiracy between bearded Islamists and the United States – a refreshingly idiosyncratic position. The protesters are cockroaches on pills. He will execute those who commit crimes against the army.

He genuinely believes that he is protecting and saving his people – believes this so strongly that he is willing to pay out of his own pocket for mercenaries to machine-gun them.

Douglas Adams was right it seems. Evil will read you its poetry.